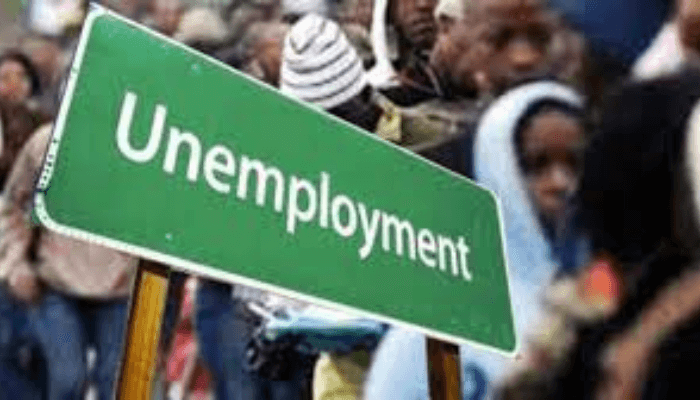 Nigeria’s crème de la crème and their foreign counterparts are in Abuja, the Federal Capital Territory (FCT) for the 28th Nigerian Economic Summit focusing on the theme “2023 & Beyond: Priorities for shared Prosperity.” The Nigerian Economic Summit Group (NESG) is ingenious to have chosen this theme at a time of high unemployment rate, poverty rate, alarming out-of-school children population, among major factors that Nigeria must fix as a matter of urgency.

The global development finance institution, the World Bank, leaves no one in doubt regarding the unambiguous meaning of shared prosperity. In its simplistic state, shared prosperity signifies the focusing on the poorest 40 percent of the population of a country, the annualised growth rate of their average household consumption per capita or income per capita. Shared prosperity is a very good metric of inclusion.

In all, 23.2 million able-bodied and willing Nigerians were unemployed of which 54.9 percent or 12.7 million Nigerians were youth. That was in 2020 before Covid 19 wreaked havoc across the world. Different organisations have confirmed that unemployment is higher now in Nigeria.

This is because Covid 19 aggravated the unemployment situation in the country. According to a report jointly released by the United Nations Development Programme (UNDP) and National Bureau of Statistics(NBS), it stated that “20 percent of full time workforce in Nigeria lost employment during COvid 19 pandemic in Nigeria” and “eighty-one percent of enterprises interviewed experienced a decline in revenue and 73 percent stated that they faced liquidity challenges due to secondary impacts of COVID-19 in 2020. The median loss in revenue reported stood at 44 percent, in comparison to 2019 revenues.”.

Read also: No child must drop out of school in Lagos State – Adefisayo

When synthesized, the number of unemployed Nigerians and enterprises squeezed has increased after the last unemployment data were released in Q4 2020.

Connected to the above is the rising poverty in Nigeria. According to Aid for Productivity, more than half of the world’s poor population are in Africa. Not only that, 40 percent of the Nigerian population, in other words, about 81 million Nigerians, live below the poverty line.

In Africa, apart from Nigeria, Ethiopia, Egypt and Democratic Republic of Congo, none of the other 50 countries has up to 80 million inhabitants as population, which goes to show that the 81 million Nigerians who are living in poverty means a whole country in Africa is impoverished.

Little wonder when Aid for Productivity stated in its 2021 report that the high number of impoverished population “makes Nigeria a key focus of global efforts to eliminate poverty—and a crucial laboratory for policies and programs that assist poor households to raise their incomes.”

Insecurity has aggravated the out-of-school children population. According to the United Nations Children Fund (UNICEF), about 18.5 million Nigerian children aged 5 to 14 years are out of school, even when primary education is compulsory and free in the country.

Insecurity, unemployment and poverty contributed to that. From December 2022, no fewer than 1,436 school children had been abducted, out of 16 lost their lives, according to UNICEF. Teachers were also not spared as 17 school teachers were kidnapped during the period. Worst still, over 11,000 schools were shut to prevent students being kidnapped, thereby disrupting academic activities of over 1.3 million pupils in the north west, north east and north central geopolitical zones in Nigeria.

Solving the above-mentioned problems does not require rocket science. Concerning unemployment, Nigeria needs to use its trade data to address it. In spite of being an oil producing country, Nigeria still imports the fuel it consumes. In the process, it loses the value addition in the oil and gas industry. Pressure is mounted on foreign exchange daily on account of excessive demand for the US dollars.

There is the Dangote Refinery Complex also coming on stream very soon. In Edo State, there are two modular refineries. Ogun State is about to get another in Tongeji Island. While investors are betting on the energy sector, the Nigerian government must ensure there is no policy somersault that will cripple these investments. There has to be a commitment of steady supply of crude oil by the Nigerian NNPC Limited.

Food import is another variable the government should fix. While there is no nation that lives in isolation, unbridled importation of goods which we have comparative advantage in their production should be discouraged.

This is not calling for an import ban or the imposition of other barriers to trade, rather, it is for the government to create the most conducive atmosphere for local producers and foreign investors who want to invest in Nigeria such that producing certain imported items in country will be far cheaper than importing the same goods. With this done, jobs will be created, technologies and technical know-how transferred, more taxes paid to the government, in addition to backward and forward linkage effects that will be created.

Many stakeholders have called for the decentralisation of the policing system in Nigeria. After over 62 years of using central policing that is not delivering the desired results, it is time for Nigeria to do what is right. Decentralising policing will reduce insecurity, and school children will not be threatened as we currently experience.

Above all, there is no Nigerian who does not have aspirations. Unemployment, poverty and illiteracy are dream killers. To have shared prosperity, these hydra-headed problems must be addressed with every seriousness.