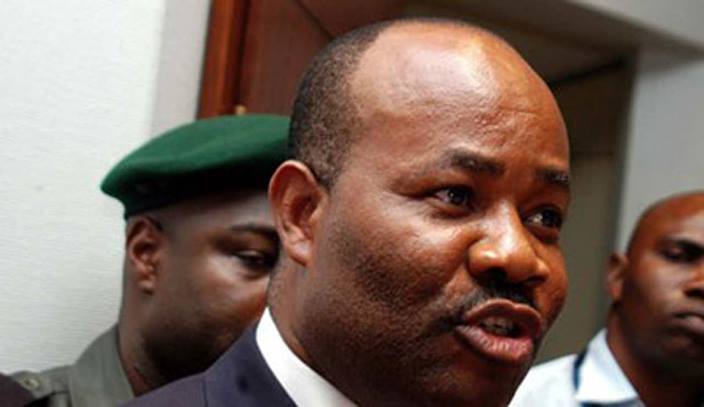 The Ministry of Niger Delta is shopping for N100billion to deliver the controversial N725.77billion East West Road which links all core Niger Delta states from Benin to Oron in Akwa Ibom State through Calabar in Cross River State.

The Minister, Godswll Akpabio, who disclosed this in Okochiri near Okrika in Rivers State, said the federal budget cannot deliver the project which began again after over three years of the Muhammadu Buhari era with almost N20billion from the Sovereign Wealth Fund (SWF).

The minister, who led the CEO of the Presidential Amnesty Programme, Milland Dikio Dixon and the newly appointed interim CEO of the Niger Delta Development Commission (NDDC), Effiong Akwa on an inspection tour of the project, disclosed that the Ministry now seeks what he called multiple sources of funds this time around.

Saying the federal budget alone cannot deliver the road, the former Akwa Ibom State governor said the Ministry was looking for many sources. “We are mopping up funds to do it. The Ministry of Niger Delta is devoting two thirds of its 2021 budget to it. The NDDC would have to contribute N35billion and other sources would bring in N35billion. We target N100billion. With it, we hope to deliver the all-important road in 2022.”

Akpabio, who was moved by the presence of royal fathers at the event in Okochiri to support the Amanyanabo of Okochiri, Ateke Tom, stated thus: “I came as minister of Niger Delta Ministry but I also came with your son, the DG of the Presidential Amnesty Programme (PAP) and the Interim Administrator of the Niger Delta development Commission (NDDC).

“We must realise that every fight ends on a round table. Here is one such round table. We have always said that hunger or development has no religion. If roads are built, every religious group would drive on it.

“East West Road (EWR) is one important project and we all are committed to it. I have personal commitment to it because it’s the road to my hometown. Funding is a crucial issue. Before I became minister, the funding was from the Sovereign Wealth Fund (SWF) but there was so much delay as things went to and forth. I simply went to Mr. President. Now, things started moving.”

Should the N100billion be found, one key bridge on the road to be rebuilt is the Eleme Bridge that has often collapsed. The bridge delivers traffic from Port Harcourt to Onne and Eleme where there are over 200 national and international companies and the free trade zone.

The minister said: “This bridge has to be rebuilt. East West Road ends at Oron. In the Ogoni area, only one lane is in use into Akwa Ibom State.

“For the NDDC, there has been no budget. The National Assembly just gave us a budget (2020). There is systemic corruption, there is endemic corruption. The NDDC headquarters is now to be commissioned since 1995 when Horsfall was the head (OMPADEC). It will be commissioned on February 23, 2021.

“I want the President to leave a legacy in the Niger Delta. That is why we are going to do big-ticket projects in the region. The roads we want to leave behind in the region now would be world class and durable.

“How I test roads: When I was governor, I would test a road by sitting with and reading a newspaper while the driver drives on a road. If the newspaper shakes, I would say no, go back to the road. A good road sings a particular song. I will not sing it here, but there is a song by any good road. That is the kind of road we want to leave behind in the Niger Delta. We know that delivering a good road in the region is very difficult.”

He notified the region that a substantive board for the NDDC would come into place in April 2021. “NDDC board will come in April 2021. The Interim Administrator will have to deliver the forensic audit first so that the new board will take off in a clean sheet. The president is committed to the Niger Delta region and a lot is being done so far. The only thing needed is sensitisation so the people can evaluate the efforts of the FG,” he said.

He urged the youth of the region to shake off the lethargy holding them down and seek ways of making income. “Tell our girls to stop sitting on the internet and television. The youth need to get out there and do something. Even to get married, a lady needs to get out and mix up. If you attend a church and participate, as you dance, someone will ask, who is the father of that lady? Go to the market, go to the church, go to events, don’t just sit before TV or internet. It does not give husband. We urge the youth to give peace a chance.”

On Amnesty programme, he said: “The CEO is visiting you with the Ministry of Niger Delta and the NDDC to consult on how to reposition the PAP and move it from a centre for monthly collection to a centre that turns out entrepreneurial youths. It should no longer be about collecting monthly stipends but about helping the ex-militants to become entrepreneurs. It is not the first time such scheme has been contemplated or the agencies have thought about this but it is the first time the three agencies are coming together to work on this.”

At the end of a closed door meeting in the palace, the king of Okochiri read out a statement reached by ex-warlords and hailed President Buhari thus: “We hail President Muhammadu Buhari for these persons he appointed (NDDC, PAP). We will show him our own kindness. There will be peace in the Niger Delta. The new NDDC MD came in as child of circumstance. He is to complete the forensic audit and we know the President will confirm him. He is competent. Thanks for completing NDDC headquarters. All youths should cooperate and stop all forms of protests.”

Why are some Countries Reluctant to Adopt Cryptocurrencies?