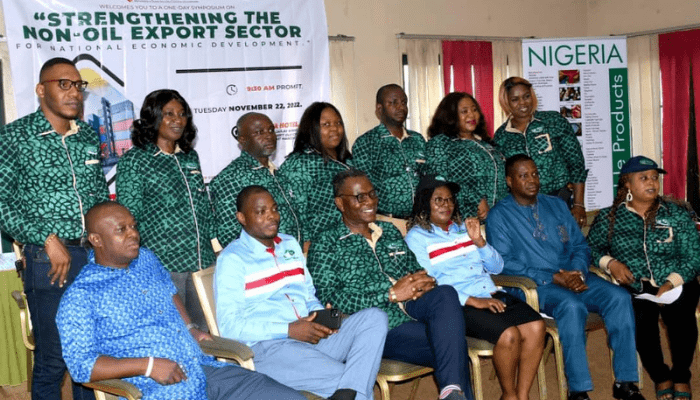 The Nigerian Export Promotion Council (NEPC) has explained steps it took that yielded the highest ever half year export value of $2.593Bn or N1.146 trillion in non-oil exports. This represents the first half of 2022, cruising to what may be the nation’s highest non-oil export value in the past six years.

This was disclosed in Port Harcourt in the week by the Nigerian Export Promotion Council (NEPC) during a one-day symposium on ‘Strengthening the non-oil export sector for national economic development’ to emphasise export for survival.

In a presentation titled ‘The Journey So Far’ delivered on behalf of Ezra Yakusak (PhD), the executive director, NEPC, by the south-south zonal director, Joe Itah, the Council showed that Nigerian exported the value of $1.78Bn in 2017.

NEPC attributed the rise to what it called its new focus on grassroots development such as its “export for survival” campaign which it said was aimed at sensitizing general public to embrace non-oil export as a major driver in diversification of Nigerian economy.

Other factors include efforts to curb informal export by mainstreaming informal trade activities; high external demand of Nigeria’s produced urea/fertilizer which is of export quality, as well as effective collaboration with stakeholders on non-oil export.

NEPC said it rolled out initiatives to diversify the economy through its ‘zero oil plan’ in response to the recession in 2016 following the crash in international crude oil prices.

The Council said zero oil plan prepares Nigeria for a world in which crude oil is less relevant and aims to increase in total non-oil export volumes in Nigeria which should grow by 70 million tonnes.

These were aimed at creating jobs, create wealth along the value chain, and create economic stability through foreign exchange earnings.

NEPC has also shared Nigeria into export zones based on peculiar products highlighted by the scheme, one state one product (OSOP) where states focus on at least one product for export.

Itah said; “Nigeria will position itself to gain a five per cent global market share in strategic sectors over the next few years, to ensure sufficient scale of production and prevent sudden market distortions.’

Nigeria has also set targets per product and identified the countries that lead in each product in terms of import.

NEPC said it achieved the successes and hopes to meet its $30Bn target with key projects and initiatives which enhanced the visibility and facilitate trade in made-in-Nigeria products in foreign locations.

NEPC also established export Trade house launched in Sadat City Cairo, Egypt on the 21st of March, 2022. It also signing of agreement with Nigerian Arabian Gulf Chamber of Commerce (NAGCC) to facilitate the es
tablishment of ETH in Dubai, UAE as an export hub for the Arab Gulf region on 2nd June, 2022.

It also created awareness on the launch of Export Trade House Cairo, Egypt on the 7th, 9th & 14th June, 2022 in Kano, Lagos and Abuja with a total of 250 participants. The Council handled the launch/commissioning of Export Trade House in Lome, Togo on 16th June, 2022 in partnership with some organised private sector (OPS) under the NEXPORTRADE project.

Heads of government-related agencies and some private sector resource persons led by Emeka Unachukwu (former president of the Port Harcourt Chamber of Commerce, PHCCIMA) who now heads ‘Develop U’ organisation.