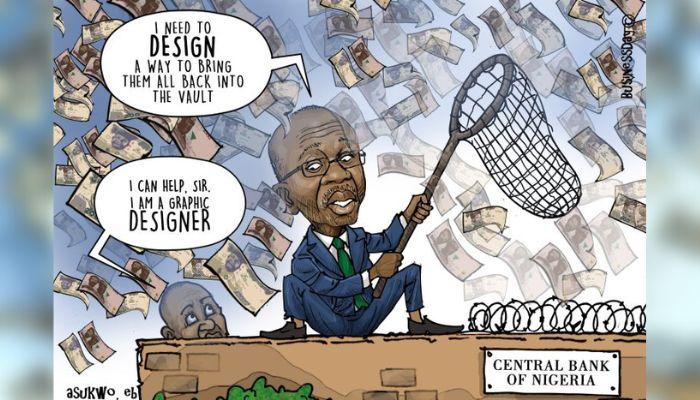 The foreign exchange market was calm and the pressure on naira eased on the back of dollar supply on Wednesday, as the Central Bank of Nigeria (CBN) unveiled the newly redesigned banknotes.

After trading on Wednesday, naira closed unchanged at N775 per dollar at the parallel market popularly called the black market.
“There are more dollars in the market now”, one of the traders told BusinessDay on Wednesday.

Others think the pressure eased for more reasons than the naira redesign.

“Apart from the unveiling of the new naira notes, the rumour that by January 31, 2023, the United States dollar notes issued before 2021 will no longer be accepted as legal tender is still threatening traders in the market as they offload dollars,” said Andrews Elueni, managing director, Flawless Capital Limited.

He noted that there is a large supply of dollars across the foreign exchange market, adding that people are also bringing out dollars to convert to other currencies.

At the Investors and Exporters (I&E) forex window, naira weakened by 0.11 percent (N0.50) as the dollar was quoted at N446.00/$ on Wednesday compared to N445.50 quoted on the previous day, data from the FMDQ indicated.

Most currency dealers who participated at the FX auction on Tuesday maintained bids between N431.00 (low) and N447.00 per dollar (high).

Speaking at the official unveiling of the new naira notes, Godwin Emefiele, governor of the CBN, said, currency management is a key function of the Central Bank of Nigeria, as enshrined in Section 2 (b) of the CBN Act 2007.

“Indeed, the integrity of a local legal tender, the efficiency of its supply, as well as its efficacy in the conduct of monetary policy are some of the hallmarks of a great Central Bank,” he said.

Emefiele noted that in recent times, currency management in Nigeria has faced several challenges that have continued to grow in scale and sophistication with unintended consequences for the integrity of both the CBN and the country.

Some of the challenges he noted include, a significant hoarding of banknotes by members of the public, with statistics showing that N2.72 trillion out of the N3.26 trillion currency in circulation as of June 2022 was outside the vaults of commercial banks across the country, and supposedly held by members of the public. This statistic shows that 84.71 percent of currency in circulation are outside the vaults of commercial banks, with only 15.29 percent in the Central Bank and Commercial banks’ vaults.

The second, he said, was the worsening shortage of clean and fit banknotes with attendant negative perception of the CBN and increased risk to financial stability; and the third, was increasing ease by criminals and risk of counterfeiting evidenced by several security reports received at the Central Bank of Nigeria.