N1Bn claim: NLNG and Macobarb can sit down and resolve this festering dispute 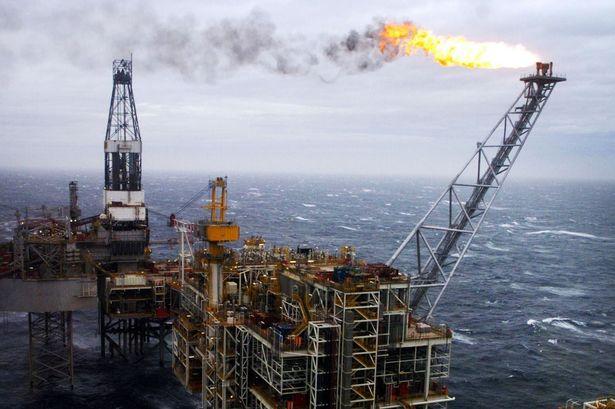 A business dispute between the NLNG and an indigenous contractor Macobarbs International Limited has been allowed to linger, fester, and poison the business environment; an indication that the Nigerian business environment lacks important plugs especially in effective mediation and alternative dispute resolution mechanisms that businesses crave for around the world. This mechanism is important in achieving ease of doing business (EoDB); something that the Muhammadu Buhari administration craves for.

Businesses do not like protracted disputes or ones that must end in court, no matter who hopes to win eventually. This is because it harms both disputants and poisons the entire business environment. It sends very bad signals to the global business community against. The case in hand is so bad that a mere N96m contract has dragged through dispute mismanagement to a claim of N969.9m. Workers have suffered, banks that financed the contract trusting the NLNG brand have suffered untold crisis and some managers have been fired or forced out. But, some industry watchers believe this dispute can still be resolved if any worthy regulatory agency is interested. It’s not just for the sake of the parties but for the local firm’s workers that have suffered for years, for the indigenous contractors that seem highly traumatised, and for the odious message that the case is pumping out there to the international community because the NLNG brand is a global one and many international experts worked on the project and know the exact facts of this dispute.

The summary of what is before the general public is that Macobarb worked as contractor for years and eventually won the hearts of the NLNG engineers and was upgraded to qualify to bid for higher jobs. It was seen a success for indigenous contractors. In 2014, it won a N96m job to install a world class security system through entry turnstile system that must be fabricated abroad. Specific terms of the contract, according to what the media was told, include; NLNG will not give mobilization fee; NLNG will pay on each certified milestone after assessment by a team put together by them (meaning that the team would determine how much work done and recommend payment); the execution would be by meeting system meaning that experts from both companies would agree first on what to do and how to do it; that foreign experts appointed by the NLNG would supervise the fabrications done abroad; that the contractor’s equipment and men on sight must never be removed or deployed to do any other site or job without NLNG’s express permission all through the duration of job; and most importantly, any party that caused delay in the execution would pay for the cost of it.

The contractor said from the first milestone payment request calculated and assessed by the NLNG team, an officer outside the technical team whose signature was only for oversight refused to sign without justification. This continued to happen every payment time, and led to financial crisis until the contract was eventually terminated for non-performance. The contractor cried that the actions of the NLNG and its man caused all the troubles; but in a fight between the elephant and an ant, it is clear who would have its way.

Macobarb has however refused to go and die saying; contract terminated, N969.9m worth of costs unpaid, workers and equipment never removed as contract stipulated, company blacklisted by NLNG, company blacklisted mounting loans in banks because of debt crisis, many bank officials sacked on the matter, etc.

The company has hawked this case from one government agency to the other, the latest so far being the Nigerian Content Development and Monitoring Board (NCDMB) which was said to have held meeting with both parties in Yenagoa around December 10, 2019 to reconvene on January 3, 2020, only for silence to greet the case, as always. What the weeping local contractor believes is that any intervention agency boss that hears this ugly case becomes highly sympathetic and summons the NLNG. By the time they are through with him, the interventionist would start to stammer and go silent. Some, he said, would ask him to go to court, but he fears that no Nigerian businessman fares well with multinationals in our court, even if they get judgment amount awarded.

Roundtable resolution most advisable and this columnist is urging the NLNG lords to consider this. Each party must realize that there would definitely be no winner except outside a sit-down. The complainant seems loaded with documentary evidence of all the charges against the NLNG. The NLNG spoke once to newsmen on this matter and said the contract was terminated for non-performance and that the balance of payment paid. They refuse to talk on various angles of the matter especially breaches along the execution line. That however does not mean that Macobarb is 100 per cent right. An ant is not expected to bring down a giant but NLNG has nothing to gain by acquiring the image of crushing ants or indigenous contractors. It is such companies that are relied on to work on Train 7 or to go to other countries just starting their nlg plants.

Inside sources hint that why the NLNG management and some intervention agencies seem handicapped is because to dish out almost N1Bn would require board approval and it would expose what went wrong and probably draw out the legs of certain sacred persons in the corporation. It thus looks convenient to muscle their way through by keeping mute and by relying on the hope that justice may never come to the ant. What may be real, however, is that the wailing of a child may never allow the big men to sleep. An ant has once entered the big nose of the cow and the big cow hit its back on the ground, thus giving victory to the ant. Africa is a deep continent, we dare say.

Any agency genuinely interested in resolving this odious matter can get both parties to sit down; the small firm can wave its claims to what the NLNG can pay what it can under management cash limits for equipment on site, then get NLNG to recall the company with grantee of yearly contracts for about five years to help it recover what it lost under the claim. This way and other ways, the matter can end at management level.

There is always a way out. Fighting on looks convenient but the damage would be collateral on both sides. Even if the indigenous contractor dies in the process and the NLNG swallows the claimed amount, the facts of this dispute are so much in the public domain for anybody to be comfortable thereafter. The world may continue to perceive the giant as a cruel killer. That is no good reputation.

The government agencies may think they have better things to do than listen to a weeping local contractor; the NLNG may be very busy with making billions of naira, Macobarb may be busy weeping and digging out more dirt on the giant, the press may be busy stringing sensational headlines for fame, but the system and the workers suffer. Sitting down on this matter by both parties is the only win-win in this dispute. There seems no other way.