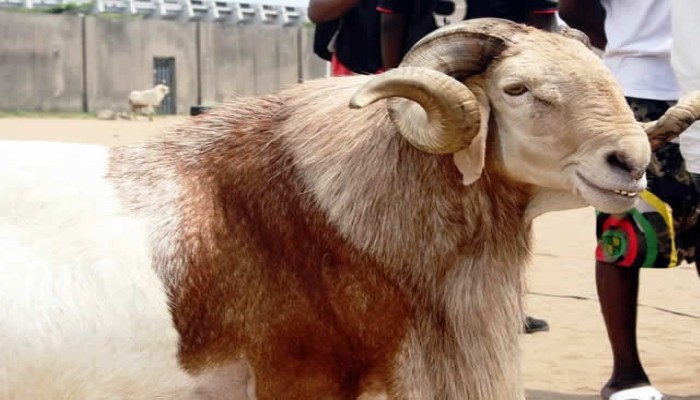 Ahead of the Eid-el-Kabir festival celebrated by Muslims across the world, ram, which is one of the main objects to commemorate the event, has gone beyond the reach of prospective buyers.

Even ram sellers, who anticipated a massive boost in sales and profits, are now experiencing low or no patronage from customers and merrymakers.

A visit to the Eyaen cattle market located on Benin-Auchi road in Ikpoba-Okha Local Government Area of Edo State indicated that the market was devoid of the usual hustle and bustle while traders lamented low purchase of their livestock, including ram and goat.

A buyer, Lawal Bello, said “I came to the market to buy ram but as you can see it is out of reach because we can’t afford it. I asked for the price and they told me it is now N75,000 as against N50,000 of the same type I bought a year ago.

“If you notice, the market is empty and I haven’t sold anything today. We have been here since morning and nobody is coming to buy our market. Everyone is complaining they don’t have money,” says Alhaji Isah, a ram seller at the cattle market.

The trader, who said that since he returned from Kano State a week ago with 30 rams, he has sold only one despite feeding them on a daily basis that costs him a fortune, however, expressed hope that the patronage would improve before the festival day.

Another seller, Hassan Haruna said the price increase in ram had led to low patronage, adding that they can’t sell below the price hence they won’t profit.

He said: “We are just seated, hoping that people will patronise us. Even those that manage to come are complaining of no money and high cost.