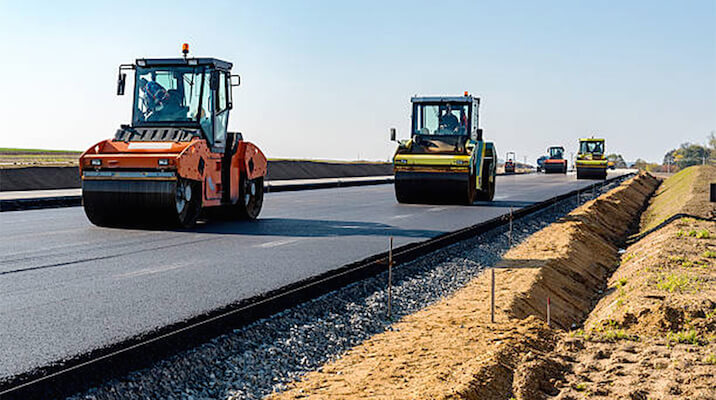 In the last 24 months of Governor Babajide Sanwo-Olu’s administration, the state says it has invested heavily in infrastructure, believing that it is a critical development driver of the economy and the Greater Lagos Vision of the administration.

With this effort, the state has ensured provision of jobs for hundreds of unemployed citizens and also brought succour to commuters. This has, however, remained a tall dream as traffic congestion has continued to define commuters’ daily experience on most Lagos road.

The state government has been able to deliver 51 major road projects within the last two years of Sanwo-Olu on the saddle, according to Aramide Adeyoye, the governor’s special assistant on works and infrastructure.

Arimde who spoke at the state’s ministerial briefing on Tuesday as part of activities to mark the governor’s two years in office, explained that the need to check traffic gridlock in commercial and residential areas as well as reduce travel time necessitated the construction of these roads.

“It is our belief that these roads will not only connect communities, which is our major focus, but also make commuting stress-free, and life more meaningful for the people,” the Special Assistant said.

According to her, these projects were in line with the government’s THEMES Agenda, most especially the First Pillar T which stands for Traffic Management and Transportation. They also underscore the commitment of the administration to execute projects that directly impact the quality of lives of the populace.

Adeyoye gave the list of some of the roads as Pen-Cinema fly over, Lagos Ogun Boundary roads Phase II, Lekki-Oniru Traffic Circulation Projects, and a network of 31 roads in Ojokoro, Aradagun-Epeme-Iworo-Ajido, and Somolu, to mention but a few.

In addition to the completed projects, she also explained that several projects were already flagged-off and were under construction/upgrading to further ensure linkage of different parts of the State

The special adviser listed some recently awarded projects such as Hospital Road in Badagry, Construction of Muwo Jetty in Ojo, Abaranje Road Network in Alimosho, Reverend Braithwaith in Epe/

She added that the governor would formally flag off the construction of a new Ultra-modern Massey Street Children’s Hospital and the reconstruction/rehabilitation of Adeniji Adele Road under the Lagos Island Area North Action Plan.

Some other newly awarded projects are the reconstruction of Moshalashi Street, Shomolu; rehabilitation/upgrading of Ademoye/Alake Lakonko Street in Alimosho, reconstruction Of Onilegbale in Eti-Osa among others

The special assistant expressed the state government’s commitment to ensure speedy completion and delivery of all the ongoing projects in the interest of the people.