King of Bonny: young in age, old in reasoning 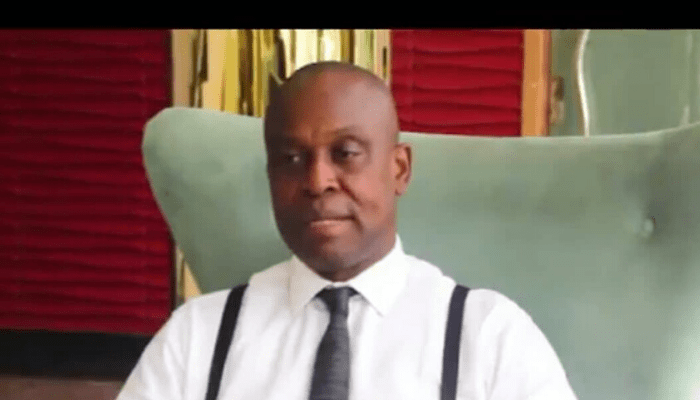 Of the numerous messages of felicitation that inundated the king’s palace on June 11, 2020, when the Amanyanabo of Bonny clocked 55, perhaps the most striking is one crafted by a committee of friends of some six elites.

The message which was aired on NTA Port Harcourt stated thus: “We happily celebrate and congratulate His Majesty, King Edward Dappa Pepple 3rd, the Perekule X1 and Amanyanabo of Grand Bonny, on his 55th birthday. Your majesty the king, we your subjects thank the Almighty God for granting you life, good health, and unparallel wisdom. We pray that as you mark this day, the almighty God will continue to uphold you, grant you success and long life, in Jesus name, Amen!”

Many who listened to this pondered over the passion and consummate submission therein contained. Most citizens hardly accept to be called subjects to kings anymore, but the Ibani kingdom seems different when it comes to respect to, and reverence of, their culture.

Explaining the message and its logic, one of the chiefs in the kingdom, an Amaopusenibo and engineer, Biekpo J. Chap-Jumbo, said this high respect is because the stool is a highly exalted one. “This is a stool that brought Christianity to Niger Delta region. The throne is so important that everything has been done to protect and preserve its heritage and artifacts. One bishop from London came here and tried to persuade the king to part with the first Bible that came to this part of the world, but the king refused.”

Laying the foundation for the total respect the king commands, Mike Fubara, a member of the committee of friends that coordinated the messages, revealed that the original palace has been enclosed and protected with a new building to avoid destroying it.

He added: “The Ibani culture respects the king. The king is young but reasons like an elderly man. He is full of wisdom.”

In his own contribution, another member of the committee of friends, an Amaopusenibo and pastor, Jonathan Tobin, tried to explain another factor that creates excitement on the island these days; the Dubai concept.

He said: “Many nations want to be like Dubai but our king wants Bonny to overtake Dubai. He keeps charging us to believe in this dream and he is doing everything possible to actualize this. We his loyal subjects have bought into this vision and now we feel it can be done.”

Adding his voice, another Amaopusenibo (chief), Sotonye Banigo, said the king always wants residents or non-indigenes too to survive and share in the fruits of the island. “He gives them a quota of good things that come. This is believed to be in order to secure the enthusiastic determination of both indigenes and non-indigenes in building and protecting the island. That is why after five years, a settler is now treated as an indigene.”

Read also: Nigeria in financial crisis: Robbing our children to pay for our greed

Sources mentioned the the instance of Uber cars. It was gathered that some were given to non-indigenes and they knew how they shared them.

Chapp-Jumbo explained the thinking behind this: “The king wants all hands to be on deck on the island. He works hard to achieve peace and peaceful coexistence in Bonny. He consults widely too to know the wishes and desires of all segments and takes his decision.”

Chuks Igosibo Odikpo agreed on this and added; “He moved quickly to douse tension and prevent reprisal killing when a Bonny police officer was killed in Anambra State. Many may not appreciate the worth of that action. Such things lead to widespread violence everywhere.’

An Amasenibo and engineer, Benneth Ezekiel-Hart said even in matters concerning the upcoming Train 7, “The king is passionate but very cautious about the project. He said the king shared the fallouts and gave a quota to non-indigenes.

“He also does not want what happened in the early days of the NLNG to happen again whereby after the construction phase, hunger and immorality came, and robbery exploded. He is initiating several measures to translate the temporary benefits to permanent assets.’

Others interviewed gave huge credit to the young monarch with the wisdom of the ancients. On the Bonny Chamber of Commerce, Industry, Mines and Agriculture (BOCCIMA), a source said the king came up with the reactivation idea and has pushed it to this stage where the Chamber is back in action. “He wants the chamber to coordinate businesses so that the future of the island would be secured and life would not scatter after Train 7.”

This may mean that good and mature leadership in any community in Nigeria would most likely guarantee peace and development. Bonny may not held together by gas liquefaction wealth but the gift of the palace and the kind of monarch on the throne. That king is 55 years and many want him to count on.

Ebonyi International Airport to be completed in 2022 – Governor Umahi