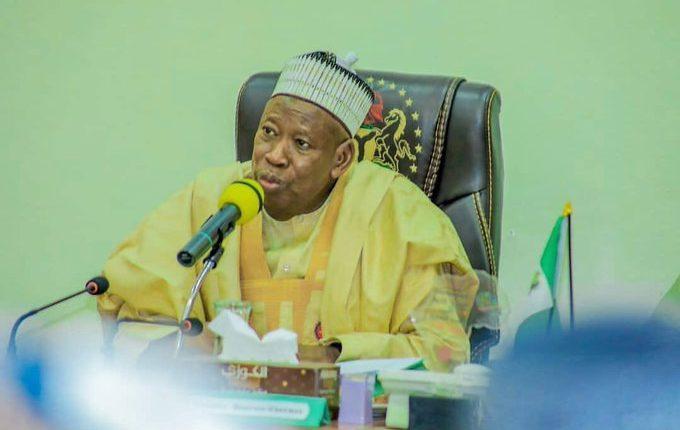 Kano state governor, Abdullahi Umar Ganduje described the death of the former Governor of Oyo State, Abiola Ajimobi, as a huge loss, and devastating to the nation.

He said the death came when he is most needed, affirming that he was undoubtedly a detribalized leader and a pillar of national development.

Governor Ganduje in a condolence message sent to the government of Oyo state noted that the memory of the late Ajimobi will continue to be remembered for a very long time.

He prayed to the Almighty Allah to forgive his weakness, and grant his soul repose, urging his family to strive hard and follow his footsteps of unrelenting commitment for nation-building and patriotic leadership.

“May Almighty Allah forgives all his shortcomings and reward his good deeds”, the message concluded.

In the same vein, Kano state deputy- governor, Nasiru Yusuf Gawuna has condoled with Governor Abdullahi Umar Ganduje over the death of his former colleague and In-law.

The former Oyo state governor, who passed at the age of 70 yesterday on Thursday, is an in-law to governor Ganduje.

The message sent to the governor reads: “It is with grief that we received the news of the death of a Statesman and friend to Kano People, Former Governor of Oyo State, Senator. Abiola Ajimobi.

“The Former Governor will be remembered as a true democrat who brought developmental strides when he steered the affairs of Oyo State for Eight years and also as a Legislator who contributed to the unity and progress of this country during his days in the National Assembly “.

“Therefore, on behalf of the members of the Kano State Executive Council, Special Advisers and all other appointees, I wish to express our condolence to our Governor Abdullahi Umar Ganduje and his family, the Government and people of Oyo State and also to the family of the former Governor Late Senator Abiola Ajimobi for the irreparable loss”, the message stated.