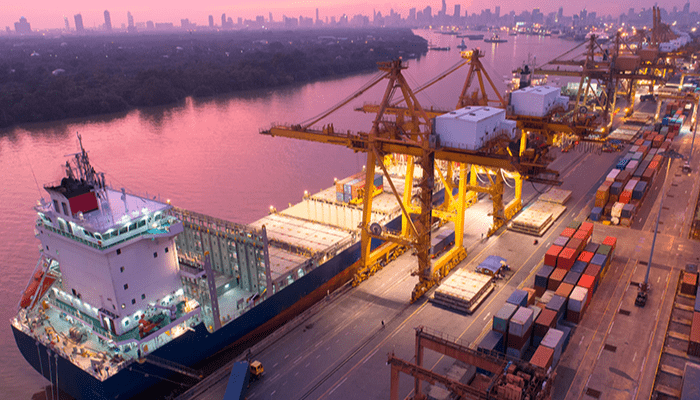 Insecurity on Nigerian waters has raised the cost of doing business at the nation’s ports, as Nigeria-bound cargoes are now forced to pay war-risk insurance, stakeholders have said.

According to the stakeholders, who took turns to speak at the opening ceremony of a 3-day national transport summit of the Chartered Institute of Transport Administration of Nigeria (CIOTA), ongoing in Abuja, Nigeria needs to sustainably invest in securing the waterways for the safety of ships coming to the ports.

According to him, cargoes meant for the Eastern ports in Calabar and Port Harcourt are being diverted to Lagos due to the high rate of insecurity in the Niger Delta waters.

Jime, who was represented by Cajetan Agu, a director from the Nigerian Shippers Council, said there is a high freight differential between the Lagos ports and Eastern ports due to the payment of war risk insurance on cargoes.

“Insecurity impacts negatively on the cost of doing business at our ports and the cost is being transferred on the consumers of goods and services. Even ships coming to Lagos ports used to pay about $2,500 at the Lagos secure anchorage zone, which was terminated by the government at the introduction of the Deep Blue Project of the NIMASA,” Jime said.

Bashir Jamoh, the director-general of the Nigerian Maritime Administration and Safety Agency (NIMASA), said the essence of the NIMASA’s investment in the Deep Blue Project was to improve security in Nigeria’s waters and to reduce the payment of war risk insurance by ships coming to Nigerian ports.

He said NIMASA has invested over $200 million to acquire assets for the implementation of the Deep Blue project.

Jamoh, who was represented by Chudi Offodile, executive director, finance and administration, listed the assets acquired by NIMASA to include vessels, unmanned aerial vehicles, helicopters, satellite systems, armoured vehicles and the training of over 600 military personnel to operate the Deep Blue project.

“The NIMASA investment in the Deep Blue project has become cost-effective for Nigeria and is yielding positive results,” Jamoh said.