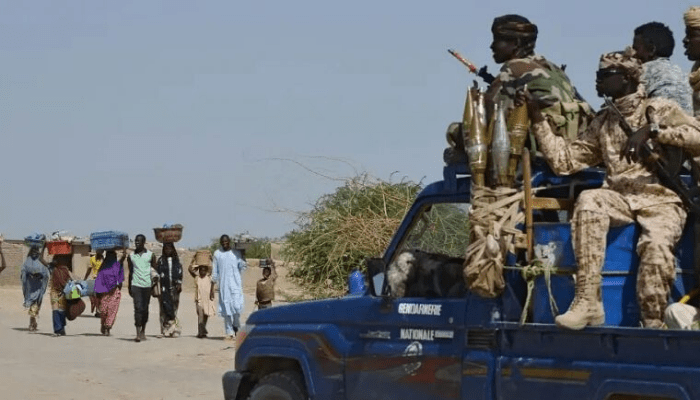 A total of 882 Boko Haram fighters have denounced their membership of the sect and pledged their allegiance to the Federal Government, the Nigerian military said on Thursday.

The military said these ex-insurgents have completed the De-radicalisation, Rehabilitation and Re-integration (DRR) programme under the Operation Safe Corridor and 280 of them have graduated.

John Enenche, coordinator, Defence Media Operations (DMO), who disclosed this in Abuja said the other 602 fighters swore an oath of allegiance before an 11-member quasi-judicial panel.

Enenche explained that the reason behind the Oath of Allegiance is to emphasise their loyalty, discipline and obedience to the Federal Republic of Nigeria.

“The implication is that, at the end of the programme, if they commit any offence, they stand to forfeit all privileges and will be liable for offence against the State. Thus, the message here is clear to others out there; surrender and be profiled accordingly for the DRR privilege,” he said.

The coordinator, while giving an update on the operation of the military across the country from 9 June-16 July, informed that in the Northwest region, troops of Operation Sahel Sanity rescued five kidnapped victims and arrested five members of Yan Sakai group.

He added that the troops backed by the Air Component of Operation Hadarin Daji killed six armed bandits in an encounter that took place on 14 July in Zamfara State.

“Similarly, within the week a total of 714 rustled livestock comprising 302 rustled cows and 412 sheep were recovered in Zamfara State,” he added.

In the North Central, Enenche said the troops of Operation Whirl Stroke killed two armed bandits who have been terrorising innocent people of Chambe community in Logo LGA of Benue State.

Enenche also said the troops in collaboration with troops of Operation Safe Haven carried out some community activities as part of Civil-Military Cooperation (CIMIC) activities. These, according to him, include the provision of borehole to a Fulani community at Miyangu and construction of school in Pashu community of Plateau State, as well as the drilling of three new boreholes at Guma LGA of Benue State.

In the South-south region, the coordinator informed that the Land and Maritime components of Operation Delta Safe arrested seven suspected sea pirates at Snake creek in Warri South-West LGA of Delta State.