In one year, 1,172 suffer sexual violence in Abuja, Adamawa – NEEM 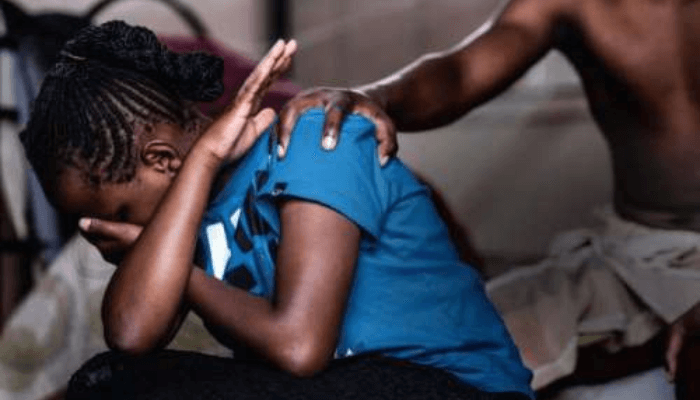 Evelyn Ugbe, the technical lead of NEEM, disclosed this at a round table with key media partners on strengthening Gender Based Violence (GBV) responses organized by the Foundation with support from the United Nations Population Fund (UNFPA) EU, UN Spotlight Initiative Project.

Ugbe said sexual and gender-based violence is not only a consequence of gender inequality but also a constant reminder of women’s low status in society and the multiple disparities between the male and female genders.

She said: “Research shows that girls living in Nigeria could have experienced at least one form of sexual assault by the time they reach 25. Governments and development organisations have supported interventions to curb the menace, particularly with the passage of the Violence Against Persons Prohibition (VAPP) law in Adamawa, FCT and across the 33 states of Nigeria, supported designated courts to gender based violence, establishment of Sexual Assault and Referral Center, One Stop Centers, GBV Data Dash Board, sexual offenders and service provider registers among several other interventions.

“In light of this, Neem Foundation is working with the Ministry of Women Affairs to implementing the coordinated response to sexual and gender based violence project with financial and technical support from the United Nations Population Fund (UNFPA) EU UN Spotlight Initiative Project.”

Ugbe noted that the project is focused on strengthening the capacity of service providers and making essential services available and accessible, acceptable and of quality standards.

“Furthermore, providing technical support to the one-stop centers where survivors can access holistic services such as medical care, psychosocial support, legal assistance, safe space and livelihood support. The centre is crucial especially at a time when there’s an increasing gap and demand for services to survivors of GBV. The intervention is also providing coordinated, multi-sectoral and quality essential services for SGBV survivors in a coordinated manner.

“However, we still have a long way to go. We recognise that the issue of GBV is complex, affects women, children, families and Nigeria at large. Therefore, coordination and cooperation within all sections of our society have an important role to play in preventing GBV. No one is safe till we are all safe. Let us make it our responsibility to voice up GBV in the community. Today, we share the following important key messages:

“Advocacy for improved public funding for GBV at the State and Federal level, advocacy for establishment of more designated courts for gender-based violence cases to facilitate speedy access to justice, specific budget to support sustained GBV in relevant ministries department and advocacy for establishment of more sexual assault and referral centers and One Stop Centers for timely and holistic GBV services,” she added.

In her remarks, Victoria La’ah, a deputy director from the ministry of women affairs, said the ministry has centres to take care of rape victims which are free of charge.

Big Eyes Coin Succeeds With $20.5 Million Raised In Presale; A Thrilling Future That Can…