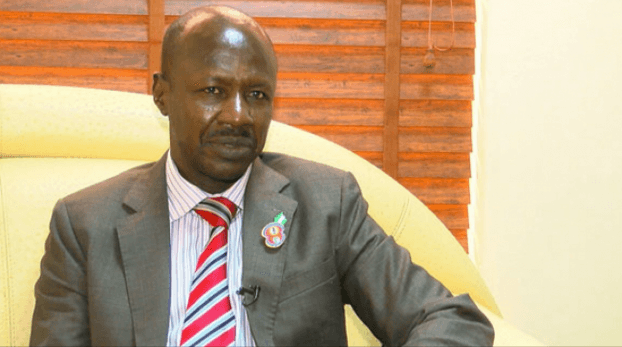 The suspended acting chairman of the Economic and Financial Crimes Commission (EFCC), Ibrahim Magu has written to the Inspector-General of Police, Mohammed Adamu, asking to be released on bail.

In a letter sent on his behalf by one of his lawyers, Oluwatosin Ojaomo, Magu, who is being investigated for alleged corruption said to run up to N1 trillion, requested to be granted bail.

The letter dated July 10, with the IGP office’s acknowledgement stamp bearing the same date, requested that Magu be granted bail “on self-recognisance”.

Magu has been in detention since his arrest on Monday. He was interrogated for about six hours on Monday by a presidential panel chaired by Ayo Salami, a former president of the Court of Appeal, and was later detained at the headquarters of the Force Criminal Investigations Department in Abuja where he spent the night. He has been appearing before the presidential panel from detention.

The panel was set up by President Muhammadu Buhari to investigate the embattled Magu following a petition by Abubakar Malami, Minister of Justice and Attorney General of the Federation, and the Department of State Service (DSS).

In the letter, Ojaomo said in the alternative, they are ready to provide a credible surety that will ensure the availability of the embattled acting chairman anytime he is needed for the purpose of investigation.

The letter was copied to President Muhammadu Buhari and the chairman of the Presidential Probe Panel on the activities of the EFCC, Ayo Salami.

It was also copied to the chairman of Presidential Advisory Committee on Anti-Corruption, Itsay Sagay (SAN), and the Deputy Inspector General of Police in charge of Investigation, Federal Criminal Investigation Department, Garki, Abuja, where Magu is said to be detained.

Ojaomo further stated in his letter to the IGP that all the allegations are bailable and that his client is statutorily entitled to be released on bail even when he is formally charged with offences arising from the allegations.

He also reminded the IGP of his recent directives to all police formations in Nigeria, asking them not to detain any suspect for offences which are bailable in nature due to the COVID-19 pandemic that is ravaging the world.