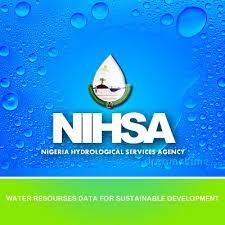 The Nigeria Hydrological Services Agency (NIHSA) on Wednesday said that the seasonal flood outlook indicates that 233 Local Government Areas (LGAs) in 32 states of the federation and the Federal Capital Territory (FCT) fall within the highly probable flood risk areas between April and June this year.

It was also noted that in July, August, and September, 212 LGAs in 35 States of the Federation, including the FCT, fell within the moderately probable flood risk areas, while 329 LGAs will fall within the probable flood areas in the remaining months of October and November.

According to him, about 20 states in Nigeria so far have been affected by flood disasters, which include 16 LGAs in Jigawa with 50 lives lost, 14 LGAs in Lagos with many casualties, Kaduna, Delta, Nasarawa, Ogun, Abia, Imo, Anambra, Kwara, Borno, Taraba, Oyo, Katsina, Maiduguri, Rivers, Yobe, Ekiti, Ondo, and Enugu.

He added that all the flood incidents above were caused by the overflow of silted rivers and poor drainage systems as a result of localized rainfall that generated flash and urban flooding in the urban areas and metropolis.

Nze affirmed that both Kainji and Jebba dams on the River Kaduna are impounding water, saying there has been no release of water from any of the dams within or outside Nigeria.

“The country is located at the lowest portion of the basin. This means that once the upper catchment of the basin gets flooded, Nigeria should be prepared to experience flooding incidents. The period of flooding in these upstream countries is between August and October of every year,” he explained.

Nze said the agency is closely monitoring the situation this month, stressing that the flow of the river Niger at Niamey, Niger Republic, is within the normal limit.

He added that the agency is also monitoring the development of the River Benue Sub-Basin and is keeping close contact with the Cameroonian authorities with regard to flood scenarios in the upper catchment of the Sub-Basin.

Nze urged states and local governments to increase their efforts to prevent flood-related incidents in their jurisdictions, noting that the country’s peak flooding season will continue until early October 2022.

He urged the states and the general public to take necessary measures to prevent the ugly flooding menace of the past years by clearing blocked drainage systems and canals, removing refuse, weeds, water hyacinths and floats on water channels.