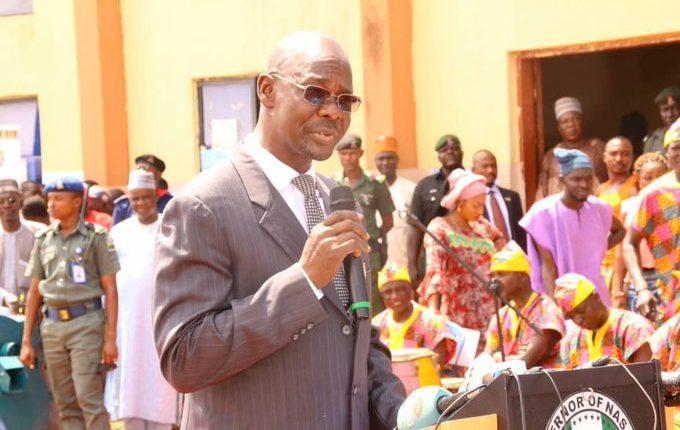 From Cape Town, a city in South Africa, where miners from across the world recently met to showcase their potentials and investment opportunities, Governor Abdullahi Sule of Nasarawa State said he is going to bring to bear all the experiences garnered for the overall development of Nasarawa State, through the repositioning of the mining sector.

This is with the view to repositioning the mining sector such that it would attract investors to explore the available potentials abound in the state.

At the four-day international conference, where Nigeria’s minister of mines and steel development, Olamilekan Adegbite, was in attendance with other mining industry leaders, investors and government officials from other parts of the world, Governor Sule said his administration would provide a friendly and conducive environment for investors and other businesses to thrive such that would benefit the government and people of the state.

The governor, who later gave more understanding to the outcome of the conference, stated this shortly after the recently constituted committee on solid minerals submitted its report at the Government House in Lafia, the state capital.

The governor, who described the four-day meeting as an eye-opener, said it provided him an opportunity to parley with global mining investors and miners on the possible ways to maximise the opportunities therein.

He expressed optimism that, with the recommendations presented by the committee and the knowledge garnered in South Africa, the mining sector in the state would be better positioned.

He further said the recommendations proffered by the committee were in line with the policy thrust of his administration, particularly as it regards mining.

He noted that all the recommendations submitted by the committee would be effective in the mining sector, promising to follow and implement it.

“I am happy at the level of work that you are able to achieve within a very short period. I am amazed by the amount of information you have been able to gather and I am more amazed by your recommendations.

“I have no doubt in my mind that we will follow and implement these recommendations that you clearly indicated,” he said.

While presenting the report to the governor, chairman of the committee and the Emir of Azara, Kabiru Musa Ibrahim, disclosed that 338 mining titles were issued in the state, out of which only 64 were presently active.

The committee disclosed that out of the active 64 licences, only 35 had organised community development agreements, 10 had environmental impact assessment, while only 17 companies were paying royalties, which explained why Nasarawa State was the least on the 13 percent derivation from the Minerals Development Fund.

Some of the recommendations proffered by the Ibrahim led- committee include, revisiting the law domesticating mining in the state, organizing a stakeholders forum, with a view to bringing both the formal and informal miners in the state together in order to discuss on the way forward, as well as setting up a Special Purpose Vehicle (SPV) to handle mining activities on behalf of the state.

It would be recalled that the Committee on Solid Minerals Development was inaugurated on October 18, 2019, with the mandate of looking into the activities of both the formal and informal miners in the state, as well as proffer suggestions on the way forward, among other terms of reference.