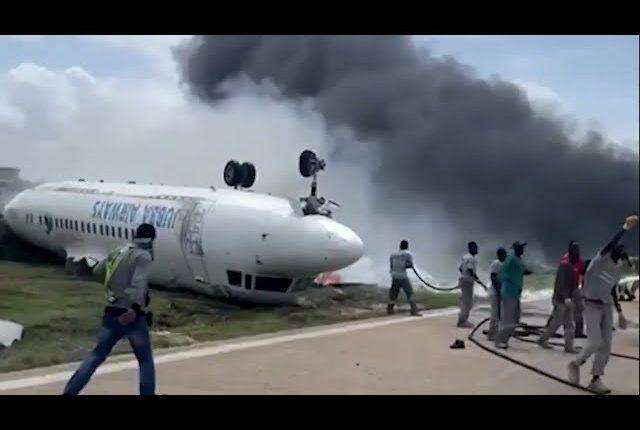 Senator Ademola Adeleke, the winner of the just concluded governorship election held on Saturday, July 16, in Osun State, has attributed his victory to the electoral act signed into law by President Muhammadu Buhari.

Adeleke, who won the election under the flagship of the Peoples Democratic Party (PDP), said that he would give his victory to the electoral act signed into law by the president.

He made this statement on Monday on Channels TV’s Politics Today programme while responding to a question from the anchor—Seun Okinbaloye.

He believed that the law made it difficult for anybody to manipulate the result.

“Well, I have to give President Buhari some credit because if he didn’t sign it (the electoral act), there would be room for rigging,” he said.

“They actually did it in 2018. This electoral act is great because everything was on, as the result was coming out, it was just going in. “

“Osogbo and others were captured in real-time,” he said, with a huge burst of laughter as he and the presenter laughed over it.

“So by the time they knew what was going on, it was too late to try to manipulate the result,” he concluded.

Read also: Osun election: Is this the nature of things to come?

The much-anticipated transition of the Nigerian National Petroleum Company (NNPC) into a fully commercial company will take place today, July 19, 2022.

The transition is a part of the conditions laid down by the president in the Petroleum Industry Bill (PIB), which was turned into law on August 16, 2021.

The company has before now been on a massive social and conventional media campaign trying to not only inform the general public of this history-making event but to educate the public on what the change of legal entity means.

With this change, the company’s operations will be regulated under the Companies and Allied Matters Act, making it responsible to a host of stakeholders, unlike when it was fully answerable to the government.

Meanwhile, Melle Kyari, the Group Managing Director of the NNPC, has assured Nigerians that the determination of fuel prices would continue to be a decision by the federal government despite the firm’s transition to a commercial entity whose new focus will be profit-making.

Fears over a possible increase in fuel prices were expressed as many believe that it may be a condition to becoming fully commercial.

Many analysts will be taking a look at the recent resignation of a similar firm, Petrobas, which announced a possible increase in the price of fuel and diesel. This is a viewpoint that Brazilian President Jair Bolsonaro does not share, especially as he seeks re-election. When it comes to fuel prices, President Muhammadu Buhari has similar views.

In its quest to address the rising food prices brought about by the war in Ukraine and the impact of the COVID-19 pandemic, the African Development Bank (AfDB) Group recently approved a $134 million loan for the National Agriculture Growth Scheme of Nigeria.

The loan, which was approved by the Board of Directors, will support the National Agriculture Growth Scheme – Agro Pocket programme in Nigeria to scale up food production and boost livelihood resilience.

According to the ADB, the programme will support the fast-tracking of the implementation of key policy and institutional reforms and boost private sector participation in agriculture. This will help increase cereals and oil grain production by 7 million tonnes to 35 million tonnes. It will also increase average cereal yields from 1.42 tonnes to 2 tonnes per hectare during the September 2022–December 2023 implementation period.

A passenger plane carrying more than 30 passengers crashed-landed at an airport in Mogadishu, Somalia’s capital city, on Monday with no deaths recorded.

Reuters, which captured the scene, showed the plane upside down after having apparently flipped over on landing.

Black smoke and flames rose into the air as fire trucks approached the runway and firefighters started hosing down the crashed plane.

According to Reuters, Janet Yellen, the U.S. Treasury Secretary, said on Tuesday that the United States will impose harsh consequences on countries that break the international economic order.

The US had observed that some partner countries were in talks with Russia to buy oil at a lower price. Yellen believes this is a violation of the agreement member countries entered into to pressure Russia over its decision to invade Ukraine.

However, fearing the impact the rise in the international price of oil is having on countries, she promised to discuss the oil price cap proposal with top officials in Seoul.