...threatens to drag FG to court 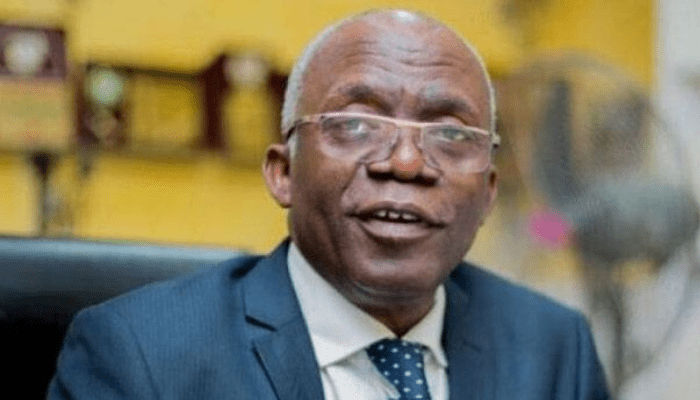 A coalition, Alliance for Surviving Covid-19 and Beyond (ASCAB), has charged the Federal Government to make full public disclosure of all loans obtained by the country, vowing to drag the authorities to court if the disclosures were not made.

ASCAB, a coalition of labour and some 80 civil society groups, made the demand in a statement signed by its chairman, a Lagos lawyer, Femi Falana (SAN); co-chairmen, Nigeria Labour Congress (NLC) President, Comrade Ayuba Wabba and President, Trade Union Congress (TUC), Comrade Quadri Olaleye respectively, copy of which was made available to newsmen in Lagos on Tuesday.

The coalition lamented that Nigeria’s debt profile which was N12.118 trillion as at May 2015 had leapt to N27.401 trillion in 2019, representing more than 100 per cent increase, adding that 2020 had witnessed an astrological surge in the country’s external debts.

According to ASCAB, the recent revelation at the National Assembly has confirmed that the trillion naira loans were taken without proper public scrutiny, alleging that it was the reason a committee of the House of Representatives was feigning ignorance of the terms and conditions attached to a particular loan agreement.

ASCAB contended that the huge debt being incurred for the country had the potential of stifling the prospect of economic liberation and political freedom of the people, even as it further lamented that within one year, the National Assembly had approved a total of $28 billion loan for President Muhammadu Buhari with no commensurate improvement in the quality of lives of many Nigerians.

“Millions of Nigerians continue to face harsh economic difficulties, lacking access to basic needs, yet the debt profile of the country continues to increase. It is even more grievous that the government continues to take loans on behalf of the people without their consent nor their keen understanding of the terms,” the coalition said.

The group said the National Assembly appeared desperate to pull the wool over the face of Nigerians by covering up its tracks regarding the clause in the Chinese loan.

ASCAB, while citing Section 21(1) of the Debt Management Office Establishment (ETC) Act, 2003 (DMO Act) which states that no external loan shall be approved or obtained by the Minister

The group, which also cited Section 41 (1a) of the FRA, which states that government at all tiers shall only borrow for capital expenditure and human development, provided that, such borrowing shall be on concessional terms with a low-interest rate and with a reasonable long amortization period subject to the approval of the appropriate legislative body where necessary,” further declared that the National Assembly breached the provisions of Section 21 (1) of the Debt Management Office Establishment (ETC) Act, 2003.

“Instead of grandstanding over the matter, the members of the National Assembly ought to apologise to the Nigerian people and proceed to scrutinise the terms and conditions of all other external loans,” ASCAB said.

The coalition said it was important to ask whether Nigeria really needed the jumbo loans when sources of boosting public funds were either yet to be fully explored or completely ignored.

“The most fundamental issue is whether we really need these jumbo loans. In October 2018, the Supreme Court of Nigeria directed the Federal Government to recover royalties which were not paid for 18 years by the multinational oil companies operating in Nigeria. The said royalties have been confirmed to be $62 billion.
But a serving minister in the Buhari administration has said that $62 billion cannot be collected from the IOCs,” the group recalled.