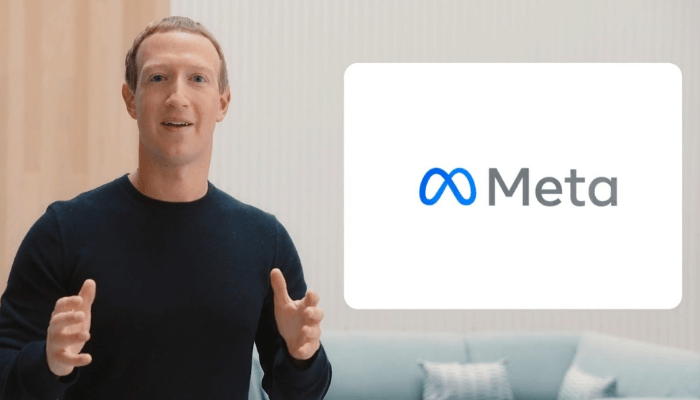 Facebook is changing its name to Meta, Mark Zuckerberg said on Thursday at the company’s Connect event.

According to Zuckerberg, the name Facebook does not fully represent what the company does which is to build technology that connects people. With the rebrand, the company, he says, can begin to put people at the centre of its technology.

“Right now, our brand is so tightly linked to one product,” he said. “But over time, I hope we are seen as a metaverse company.”

The rebrand is part of the company’s efforts to shift attention from being known as just a social media company to focusing on Zuckerberg’s plans for building the metaverse.

The metaverse is a digital reality that combines aspects of social media, online gaming, augmented reality (AR), virtual reality (VR), and cryptocurrencies to allow users to interact virtually. N the future, the metaverse is expected to create online spaces where user interactions are more multidimensional than current technology supports. What it means is that instead of just viewing digital content, users, in the metaverse will be able to immerse themselves in a space where the digital and physical worlds converge.

Zuckerberg said during his presentation that the rebrand is merely recognising a shift that has already taken place in the company.

“I think we’re basically moving from being Facebook first as a company to being metaverse first,” he said. Although it is yet to be confirmed, a unified account system is going to be introduced to span all of the company’s social apps, the Oculus Quest headset, Portal, and future devices. That means you won’t need a Facebook account to use the Quest.

Sources say Facebook has been working clandestinely on the rebrand for the past six months. Employees who were part of the project were meant to sign separate nondisclosure agreements.

Facebook has come under intense scrutiny in the past few weeks over leaked internal documents provided to the media by a former employee named Frances Haugen. However, Zuckerberg said the announcement of the rebrand has no direct linkage to the cycle of negative news the company has received.

“Even though I think some people might want to make that connection, I think that’s sort of a ridiculous thing. If anything, I think that this is not the environment that you would want to introduce a new brand in,” he said.

The rebrand does not apply to its individual platforms, such as Facebook, Instagram, and Whatsapp, only the parent company that owns them.