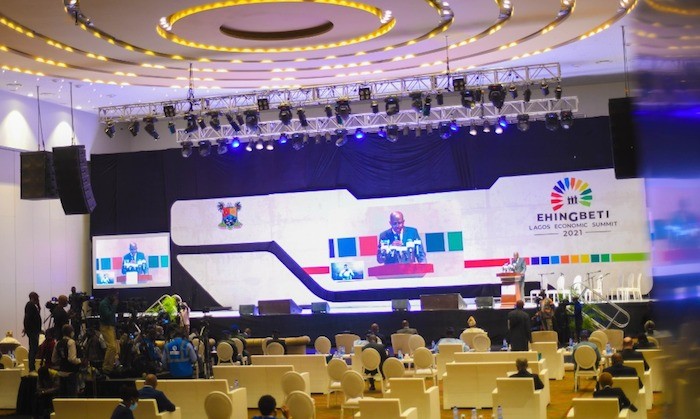 Technological experts at the ongoing Lagos State Economic Summit, Ehingbeti, have stressed the need for governments to maintain policy consistency for technological innovations to drive development as Nigeria is gradually adjusting to the realities of the fourth industrial revolution.

This, according to them, would unleash innovation in a sustainable way and free the sector, which has been stifled for years.

The analysts opined that policy consistency will encourage innovation and stimulate sectoral growth.

Speaking during the session, Samuel Egube, Lagos Commissioner for Economic and Budget Planning, who is also a co-chair of the summit, explained that Ehingbeti was “about Lagos and not the State government”.

However, at one of the 18 plenary sessions held at the conference on Wednesday “Unleashing Disruptive Innovation for Development”, panellists were of the opinion that the government must allow flexible learning options and imbed digital technology into the educational curriculum.

Commenting on strategy that must be leveraged to lay the foundation for the Fourth Industrial Revolution in the state, Joseph Tegbe, partner, head of advisory, KPMG said, “Fiscal tax incentives and tax waivers are important for technological innovators. Really, research and development incentives for technological innovation have not fully implemented in this country. This is something we need to look at especially for young startups that are leveraging creative technology and unleashing innovation. Tax waivers even for local technological manufacturers are extremely important.

“One thing that is also very critical is government consistency. We can put waivers in place, incentives in place; but if you implement tax and incentives in the first or two years, and there is a reversal of policy. That will mean three step forward six steps backward.

“There is nothing more detrimental to policy than inconsistency. There should be clarity in policy, and once there is clarity, then you can hold all parties to their responsibilities.”

On her part, Alice Tomdio of Paystack said there should be a massive drive to get young people involved at an early age.

“If we want to transform Lagos, the idea starts from school. If you make people see this is viable, possible and there is value in working with software companies.

“It means a change in social attitudes and change in culture and teaches people that startups are good. There is a need to create awareness on building, creating and working in startups to change,” she stated.

Ola Orekunrin, managing director, Flying Doctors Nigeria, said the nation had placed too much emphasis on tertiary education without allowing industries to drive its educational sector.

“We need more industry participation to drive our educational systems. We should have a more flexible transition to work for secondary school exit, and closer relationship with industry. We put too much emphasis on tertiary institutions in the first place, there should be some programme that allows people to learn in the evening, while working during the days,” she maintained.

Reiterating the position of Lagos State Government towards promoting digital inclusion in the state, the Special Adviser, Technology and Innovation, Tubosun Alake, said the government had commenced several initiatives that relevant partners can leverage on.

“Right now, there is a curriculum re-evaluation and reform in Lagos State, and this is being driven by the Ministry of Education. Bodies like LASRRA, Ministry of Science and Technology get involved in that exercise, contribute technically and drive some of the things I am talking about for the expected outcomes. There is an exercise on curriculum reform now, so if anybody wants to contribute to that exercise, they can come to us,” Alake said.

As embedding digital technology into the education curriculum and stimulating youth entrepreneurship in digital space have become imperative in the Fourth Industrial Revolution, the panellists believe that the state cannot fold its hands.

“We need to create that enabling environment for the youth in partnership with the private sector and other government agencies.

“There is a need to establish a programme to provide capacity building and financial assistance to youth-led startups,” they said.

They, however, called for policies that would promote the use of locally developed technology solutions in order to create supply, noting that the nation’s population provides the demand.

Also, it was stated that as the demands for technological innovations grow, the need to enforce provisions of The National Information Technology Development Agency (NITDA) local content guidelines to ensure both private and government agencies use locally made technology becomes imperative for the sector.

“In terms of policy consistency, there has to be a link between private industry and the legislature to open up the link as a lot of ecosystems and industries in the United States lobby for favourable laws that would open opportunity,” they said.

Strategic Leadership and effective risk management the panacea to Superlative…

Sanwo-Olu assures investors safety of their businesses in Lagos