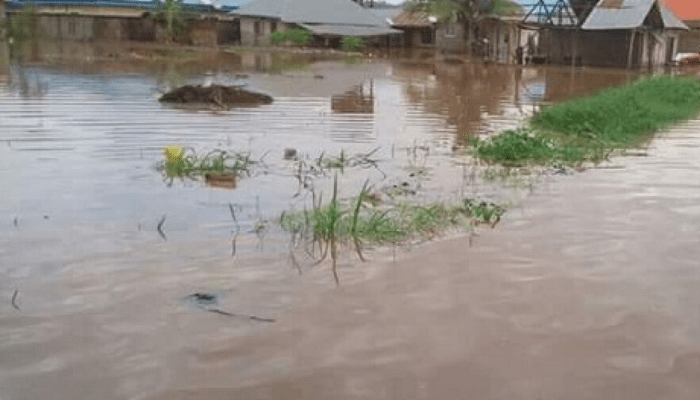 A downpour has sacked some residents of Idanre, a hilly town in Ondo and damaged properties worth millions of naira, including electricity poles and other infrastructure, among others.

It was gathered that the heavy rain, which started Saturday evening and continued for hours, caused huge losses to the residents.

Businessday correspondent, who visited the hilly town on Sunday to ascertain the level of damage caused by the rainstorm, observed that the damage was more noticeable in Alade Idanre where many roofs were blown off and electricity poles taken away from their original places.

Between Odode and Alade Idanre, electricity cables around Gbekemu valley were seen dangling on the roads as many of the poles made with steel had either fallen or bent. Streets such as Idimilokun, Oke- Ibukun and Police Station road had roofs littering and blocking them, thus keeping the carpenters busy to remove the damaged planks.

The General Hospital, Idanre was not left out as it had its car park blown off while the house of a retired Justice of Supreme Court had its gate pulled down and many of the tree crops planted in his garden uprooted by the windstorm.

One of the victims, Janet Jonuash, who has a computer centre at the former post office building, lamented her loss of over three million naira equipment and damaged stationeries after the roof of her shop was blown off.

Another victim, Adewale Afolabi at Palace road, Atosin Idanre while recounting his losses, said a sum of two hundred thousand naira would be needed to repair the blown off roof .

Jonuash and Afolabi appealed to Governor Oluwarotimi Akeredolu to come to their aid.

Also, Oluwatosin Akintan, whose house was affected by the rainstorm, said it was a terrible experience for the residents of the area. According to Akintan, though no life was lost, properties worth millions of naira were destroyed by the rainstorm.