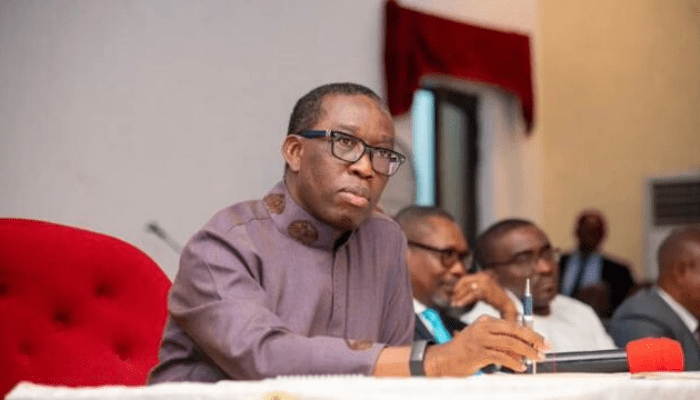 Delta State government Tuesday said it had procured dialysis machines, 19 ventilators and several monitors for the management of coronavirus pandemic in the state.

The state governor, Ifeanyi Okowa, made this known in a state-wide broadcast in Asaba, the state capital.

Okowa, who said the state had not recorded any case of COVID – 19, noted that some precautionary measures had been taken to prevent, as well as limit infection if it occurred in the state.

He said as part of measures, all institutions of learning in the state which include primary, secondary and tertiary were to be closed down for a period of 30 days, starting from Wednesday.

The governor also announced a ban on all night clubs/lounges and cinemas, all town union gatherings, youth conferences/gatherings until further notice.

He also directed that all burials and social events must be low-key, and must not attract crowds of more than 20 persons.

Okowa, who said security agencies would be directed to enforce the compliance of the orders as well as on social distance, however, suspended till further notice biometric operations at all levels of government.

He further directed that all workers on grade levels 1 -12, except those on essential duties such as health staff, fire services, water corporation/agencies to stay at home.

“Malls, supermarkets, restaurants, banks, hotels and bars must, in addition to providing Sanitizers at various entry points, ensure social distancing by allowing only a few persons at a time.

“All political gatherings and conferences, summits and gatherings involving more than 20 persons are banned until further notice. All buses and taxis must provide hand sanitizers for travellers.

“However, all crusades and conferences must be suspended for now,” he said.

He assured that the state government will convene a meeting with religious bodies and their leaders to enable them to take far-reaching decisions on worship.

The governor further explained that the state government had completed a purpose-built Isolation Centre at the Federal Medical Centre, Asaba.

He posited that personal protective equipment for health staff were in stock while packaged incentives for critical health staff who will be engaged in COVID-19 treatment and management had been put in place.