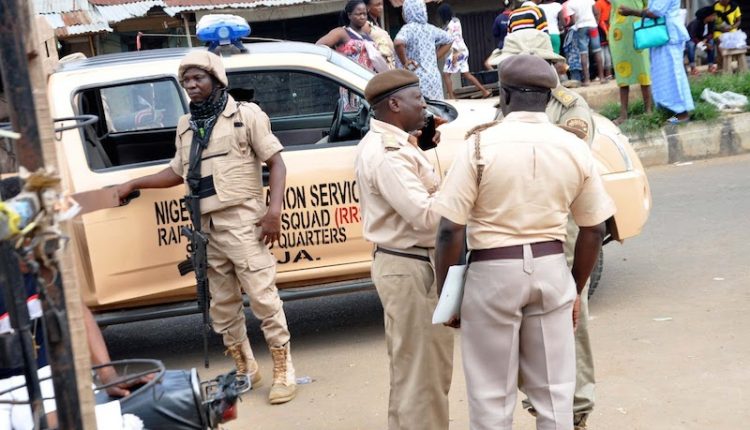 The Nigerian Immigration Service (NIS) has debunked a publication alleging that the Service was given N23 million as palliative payments to officers and men of the Service, describing the report as false and mischievous, even as it urged the public to disregard the report.

The report was refuted in a statement issued on Monday by the Public Relations Officer of NIS, Sunday James. The statement read: “The attention of the Comptroller General of Nigeria Immigration Service, Muhammad Babandede, has been drawn to a publication by a section of the media, alleging that N23 million was given to Nigeria the Service as palliative payment to its Officers and Men.

“For the purpose of clarification, there was no palliative given to the Service from the government or private bodies for distribution to its personnel. The payments made to the officers was routine payments processed and paid officers in line with extant rules contrary to the publication.

“The Comptroller General was in isolation and undergoing treatment during the process. There has never been an occasion for payment of money to so-called cronies as alleged,” he said.

The Service, therefore, stressed that the publication was false, mischievous, and a figment of the imagination of the writer, and clearly intended to cause disaffection within the rank and file of the Service.

The Service also admonished its Officers and Men to distance themselves from such publication and continue to work as uniformed Officers who are guided by standard operating procedures and code of professional ethics worthy of uniformed service.