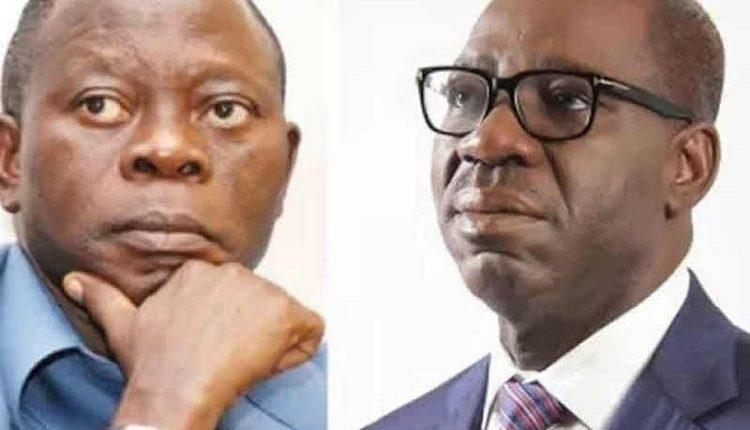 A Federal High Court in Abuja, on Monday temporarily stopped the Edo State government and the state governor, Godwin Obaseki, from arresting and prosecuting the national chairman of the All Progressives Congress (APC), Adams Oshiomhole, over his indictment in a white paper report that probed the building of Edo Specialist Hospital, Benin City.

Governor Obaseki had in January 31, 2020, inaugurated a Judicial Commission of Inquiry into the construction of the Edo Specialist Hospital and supply of equipment for the hospital.

Speaking at the inauguration in Government House, in Benin City, the governor said the investigation was not to witch-hunt anybody but to present the truth to Edo people so they can know how their taxes were used in building the hospital.

“As a government, we feel that it will be irresponsible for us to ignore serious allegations raised concerning the hospital. The taxpayers need to know what transpired. I believe the authorities in the country including the President, who was invited to commission the hospital, needs to know the facts and details about the hospital,” he said.

A panel’s white paper report had indicted Oshiomhole of corruption.

The panel recommended the arrest and prosecution of Oshiomhole.

But APC national chairman kicked, arguing it was a “political witch-hunt’’ intended to deter political opponents in the state.

Oshiomhole had gone to court with an ex-parte motion, through his lawyer, West Idahosa, asking the court to stop his arrest and prosecution on account of the white paper.

Counsel to Edo government, Alex Ejeiseme (SAN), who got wind of the ex-parte motion, rushed to the court with a preliminary objection to stop the ex-parte order from being granted.

Apart from the Edo state government, other respondents are Attorney- General and Commissioner of Justice of Edo state, Justice James Oyomire, the Inspector General of Police and the Department of State Services.

Justice Ahmed Mohammed, after listening to parties in the case, ordered respondents in the matter to stay action in respect of the case, pending the determination of the issue of jurisdiction.

Ejeiseme had earlier objected to the hearing of the case by the court on the grounds that the court has no jurisdiction to hear the matter.

In his ruling after listening to parties in the matter, the court held, ”An interim order is hereby made restraining the prosecution of the applicant pursuant to the report submitted to the 1st to3rd respondents or any white paper, pending the determination of the issue of jurisdiction raised in the 1st to 4th respondents notice preliminary objection”.

The court also directed Oshiomhole’s counsel to serve all the respondents his processes within 48 hours.