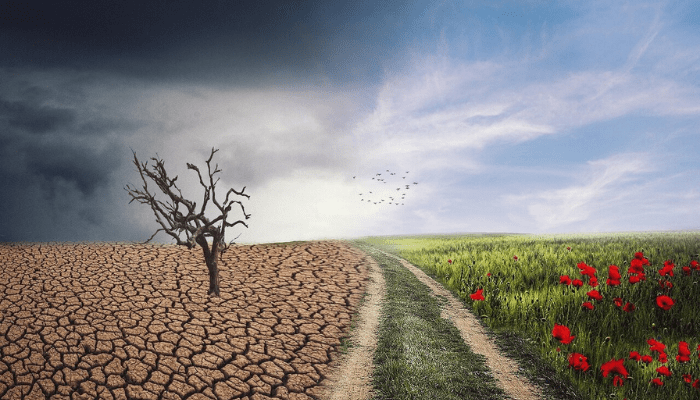 As the impact of global warming continues to be felt in Nigeria, resulting in a series of environmental degradation, a non-governmental organisation (NGO), Kebetkache Women Development and Resource Centre has organised a one-day town hall meeting on climate change mitigation and adaptation strategies in Port Harcourt, the Rivers State capital.

The meeting was called to share experiences on how communities were able to survive the damaging flood that swept the Niger Delta region in recent times. In her opening remarks, the Executive Director of the organisation, Emem Okon said that the town hall meeting on climate change mitigation and adaptation strategies became necessary because many communities developed immediate strategies to overcome the flooding challenge.

Represented by the Programme Officer, Idongesit Smart, she explained that the effect of climate change was more devastating on the environment due to the emission of greenhouse gases through the production of fossil fuel and gas flaring, noting that this has caused untold hardship on the people of the Niger Delta.

“Many also died during the flooding but we cannot give the figure for now,” she said.

In her contribution, Peace Mgbenwa of Okwuzi community shared idea on how they managed during the flood that enveloped their community, saying that even reptiles were not safe, including other animals and that there was loss of lives within the community.

Blessing Ayiga from Okunuga in Abua/Odual community in Rivers State told participants how they escaped the emergency flood as all their crops were overtaken by the flood, leading to hunger and starvation.

Ayiga further said that the community tasked people to move to higher ground where they made platforms as their bed.

In her contribution, a former councillor and a woman leader from K.Dere, Victory Olulu narrated how climate change has affected their crops and that some medicinal crops can no longer be found due to environmental degradation.

She tasked community people to encourage planting of economic trees including mangrove that is the habitat of sea food.

Some participants called on the Federal Government to prevail on the oil companies to change their old pipelines that were there since 1958, and also provide kerosene to discourage the youths from the illegal refining which is one of the factors leading to climate change.

“The illegal refining is too bad for us; our health is in danger since the Federal Government refused to provide kerosene for us, the youth are taking advantage of this,” they said.

They also disclosed that whenever there is an oil spill in the Niger Delta, the youth use the opportunity to tap from the pipeline of these oil companies and produce some of these harmful products which people ignorantly patronise. This, they said, had mostly affected the environment negatively.