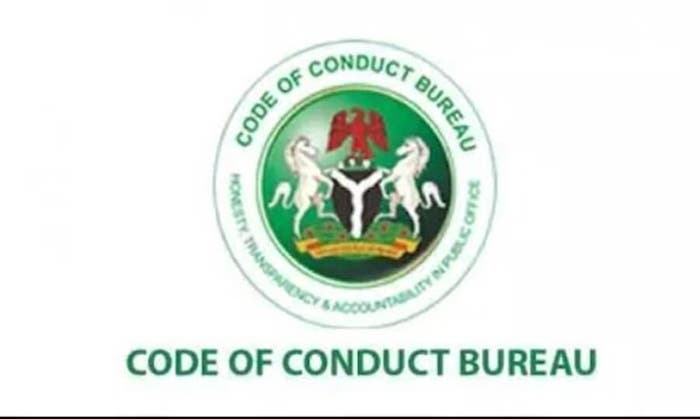 The Code of Conduct Bureau (CCB) has bemoaned the poor level of compliance on the code of conduct regarding asset declaration by public officers, noting that the implication is increased cost in prosecution of cases.

The Chairman of the Bureau, Isah Mohammed who said this on Wednesday at a 2-day workshop on compliance with Asset Declaration and Code of Conduct for Nigerian Armed Forces personnel, noted that the declaration of assets is only to the advantage of public officers.

Mohammed explained that when top public functionaries of government abide by the code, the need for the application of punitive measures would be minimized to the lowest ebb if not eliminated, thereby reducing the resources expended on prosecution of cases.

“Asset declaration is the most talked about and known function of the CCB, but compliance level from public Officer is not encouraging.This I believe is not unconnected with fear of the unknown. Be that as it may, it is more to the advantage of a public officers to declare his assets than to decline”

He noted that the enlightenment workshop organised by the Nigerian Defence Headquarters in collaboration with the CCB is an aspect of the preventive measures the Bureau undertakes to sensitize public officers and general public on the Code of Conduct for public officers as contained in constitution.

In his opening remark, the Chief of Defence staff, Abayomi Olonisakan, while speaking on accountability stressed on the need for compliance of army personnel in asset declaration and other requirements of the CCB.

“Every officer who holds a position of responsibility must also be accountable. You are also aware that accountability is one of the cornerstones in the fight against corruption which is one of Mr President’s 3-point agenda”, he said.

Olonisakan, while indicating Commitment to ensure transparency and fight against corruption in the army, urged members of the Armed Forces to comply strictly with the provisions of the Code of Conduct which he said is as an opportunity to express a transparent stewardship in daily activities.

“It is my believe therefore that at the end of this 2-day workshop, you would have acquired sufficient knowledge and reasons why you must be compliant in your asset declarations and other requirements of the Code of Conduct Bureau.”

Earlier in his welcome address, the Chief of Defence Policy and Plans, Charles Oghomwen said the workshop is timely as it will educate military officers on the code of conduct and other constitutional responsibilities as well as the consequences of non-compliance with the code of conduct for military personnel.

He said the programme will also provide a practical guide on the completion of the asset declaration form.

Oghomwen noted that the workshop has been carefully planned and experts selected to sensitise participants on the key areas of the programme.

Come to our rescue, we have been abandoned for long, Ondo artisans cry out to…