The April inflation rate is also the third consecutive rise since January this year.

Data from the new CPI inflation report for April 2022 by the National Bureau of Statistics (NBS) shows that on a month-on-month basis, the headline index increased to 1.76 percent in April 2022, this is a 0.02 percent rate higher than the rate recorded in March 2022 (1.74) percent.

Food inflation, which comprises more than 50percent of inflation rate, also rose to 18.37 percent, highest in seven months compared to 17.20 percent in the previous month.

This rise in the food index was caused by increases in the prices of Bread and cereals, food products n.e.c, Potatoes, yam, and other tubers, Wine, Fish, Meat, and Oils, ” the report stated.

Analysts have blamed the surge on the high cost of diesel as a result of the Russia Ukraine war. Diesel, which is used to power generators by most businesses in Nigeria, has impacted prices for consumers.

“The increasing hike in diesel cost due to supply disruptions and rising oil prices has led to manufacturers and other businesses transferring the increasing cost to the consumers,” Peter Hirst, the senior analystat Euromonitor International said.

He added, ” In some cases, some businesses have shut down or reduced the hours of operations. For instance, some banks in Nigeria have reduced their working hours due to the high cost of running on diesel for the whole day.”

The NBS report also highlights that on a month-on -month basis, core inflation, which excludes the prices of volatile agricultural produce increased to 1.22 percent in April 2022.

“This is down by 0.24 percent when compared with 0.98 percent recorded in March 2022.
The highest increases were recorded in prices of Gas, Liquide fuel, Cleaning, repair and hire of clothing, Clothing materials, other articles of clothing, and clothing accessories.” 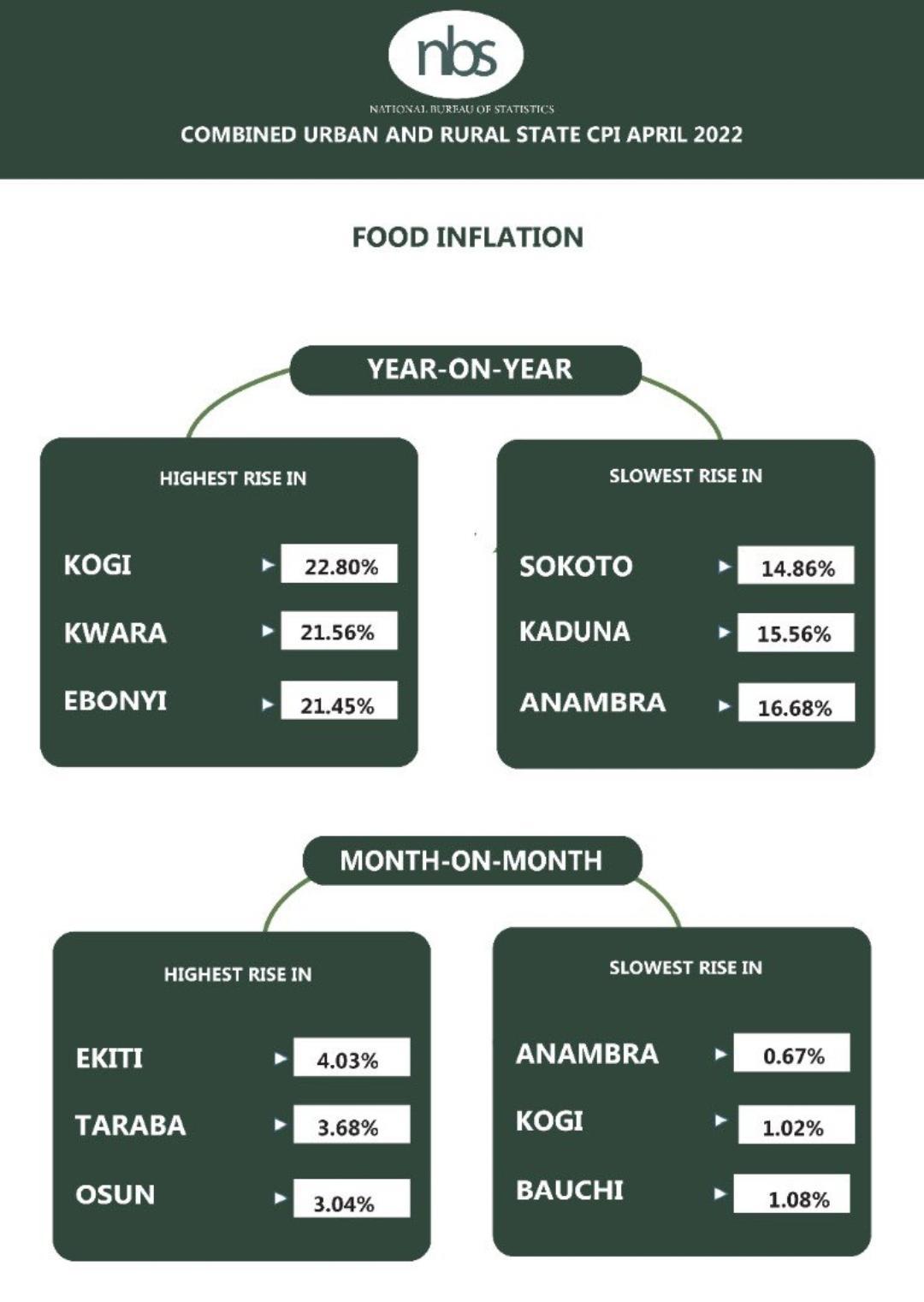