Apapa: New measures out to fix e-call up system 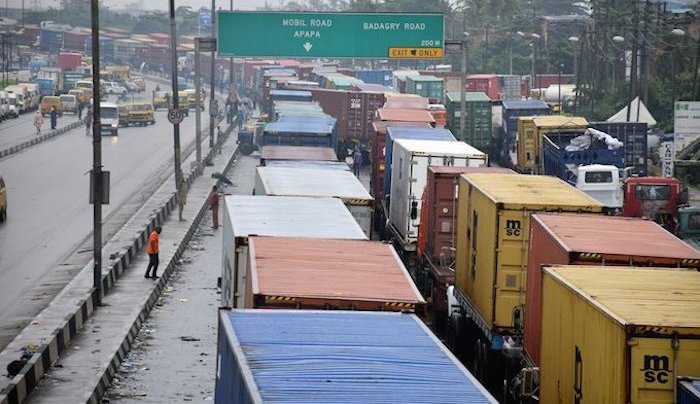 A member of the Apapa e-call up system team said in a statement obtained by BusinessDay on Thursday that “we have noted attempts by some people (truckers) to use forged tickets to enter the ports.”

For that reason, the entry barriers at the Lagos Port Complex (LPC) are now fully automated. The barriers do not recognise fake tickets and will deny entry to any truck whose booking is not valid.

This measure, according to the team member, also affects trucks that have not been properly checked into and out of a park and pre-gate, where applicable, before arriving at the port gate. If a truck has a valid booking, but has not been electronically checked in and out of the park and/or pre-gate assigned to it, the port access barriers will not be activated for its entry, the team member explained.

“The manual signing of tickets, which some have complained about, stops today. Henceforth, all parks, holding bays and pre-gates with handheld devices will no longer sign any tickets as a means of authentication for port access but will only tag in and out trucks that physically come into the facilities, the team member assured.

Continuing, he said, “Effectively, we will no longer use signatures to identify valid trucks approaching LPC gate, (exception was made for fish trucks that left their pre-gate this early morning before this communication is published).

“The handheld device will be used to do this at the turning point of the port gates. Those not recognized by the system will be turned back there, those who are approved will proceed to the port gate barriers and we will use only the card readers/keypads to open the barriers for them.”

Trucks drivers are advised in the new measures to cooperate with any turn-back directive received after their tickets are rejected by the system, he said, adding that anyone with a genuine concern about the validity of their booking should go back to the appropriate park and, “upon investigation and validation, we will refund them of their money to use to rebook.”

He said they were confident that ethical law enforcement agents would support and protect members of the team at the port gate against harassment from the truckers and their collaborators.

Evidently, Lagos State government, the management of Nigerian Ports Authority (NPA) and other stakeholders are having rough and tough time implementing the new call-up system introduced to control truck movement in and out of the ports in Apapa.

That the new call-up system is having challenges is as clear as the weather, because even though the trucks are said to be out of the roads, they are not gone.

Contrary to the warnings and assurances by Lagos and NPA that no truck should be seen anywhere near Apapa unless on call up, trucks are still all over the place, parked indiscriminately on roads, bridges and any available space within the port vicinity.

Hadiza Bala Usman, NPA’s managing director, had said the e-call up “is facing some teething problems which the Truck Transit Park Limited, the private company in charge of Eto App, is working seriously to resolve.”

Usman noted that there had been some level of scepticism on the part of truckers, especially those that have not been able to download and register with the app, saying it would take a while, up a month, for such people to understand that e-call up has come to stay.

On its part, Lagos government is beating its chest, telling whoever cares to listen that the call-up system was working, even when a blind man on Apapa Oshodi Expressway and Ijora Bridge could see that no functional call-up system would have called out a multitude of trucks on the roads at the same time. It remains to be seen how and where the system is working.

It is expected however that the new measures will help to decongest the port access roads and create some level of sanity, which the port city as a whole experienced within the first three days of the e-call-up system was introduced.