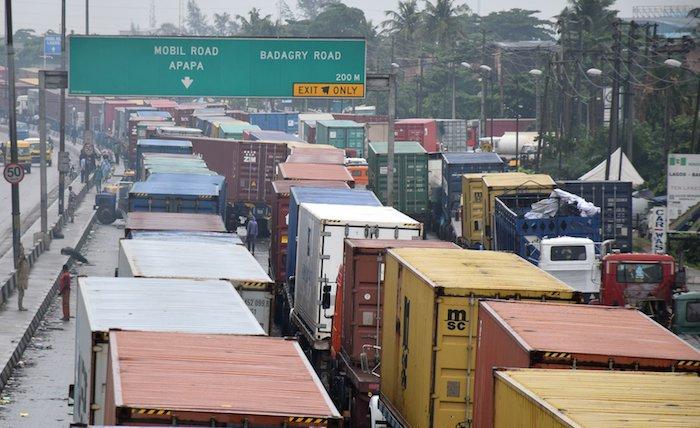 The introduction of the standard operating procedure by the Presidential Task Team (PTT) on the restoration of law and order in Apapa was the master stroke that literally ended the gridlock that Apapa, Nigeria’s premier port city, is known for a couple of years ago.

Together with the Nigeria Ports Authority (NPA), the task team developed what it called an Empty Container Return Handling Policy along with a trucks managing system that ensured trucks movement in and out of the ports were controlled through a manual call up system.

“The next thing we did was to go into Lilypond to ensure that it was ready to take on the trucks—about 500 to 600 trucks. This was in addition to 34 nominated other parks that have capacity to take up to 5000 trucks,” Kayode Opeifa, PTT’s executive vice chairman, recalled in an interview.

Opeifa recalled further that within three days, the task team was able to pick 120 trucks to tell the operators that they were really out to enforce the traffic management direction, adding, “the enforcement of this management direction and the utilization of the transit parks helped to reduce the number of trucks on the roads and bridges.”

But all these seem to have been consigned to the garbage bin as the gridlock has returned forcefully with its attendant chaos, stress and pain on the neck of other road users who now spend several hours on their way to work or business premises in the port city.

Besides deviating from the standard operating procedure, which is a major reason for the present situation, the Lilypond Transit Park is no longer available to take trucks, especially the empties, flatbelts and those carrying commodities for exports.

“There are many issues responsible for the present situation in Apapa,” Opeifa noted, listing efficiency of port operations, construction activities that have reduced port gates from 8 to 3 for entry and exit, and too many financial interests.

He lamented that the call up system has collapsed such that trucks are now called indiscriminately to access the terminals without regard for road capacity and other road users. Another issue, he pointed out, is lack of cooperation from Apapa Port and the terminal operators.

He hoped, however, that with the concessioning of Lilypond Transit Park last week, reprieve was on the way. He explained that the concessionaire would be coming with an electronic call up system that will introduce some sanity and control in truck movement.

But until then, the present situation might degenerate to the pre-PTT days when the port city was on the brink of becoming a waste land where business were either dying or leaving in droves for saner environments. Landlords were also abandoning their homes to become tenants in other side of town.

“Nobody is looking to set up a new business or rent a new home in Apapa at the moment. We have been marketing a nine-unit 3-bedroom house in that port city in the last three years and nobody is calling you for even inspection,” Joe Akhigbe, an estate surveyor and valuer, told BusinessDay.

What this means is that those who have invested in property in Apapa may not be expecting any dividend for now until governments at both state and federal levels get serious with this country’s busiest port city estimated to be worth N20 billion a day.

“I don’t believe the vice president who is the chairman of the Presidential Task Team is a toothless bull dog which he seems to be in this Apapa gridlock. If government wants to end this problem, it can do so but the will to that is not there. What does it take for government to call its agencies to order?” a resident who did not want to be named, fumed in a telephone interview

Let’s not get it twisted: Fertility and Virility are different