Another first for Black women as Okonjo-Iweala heads WTO

It is indeed a year of many firsts for women globally. Be it as high as the 56-year-old Kamala Harris, the first female vice president of the US, or the 22-year-old Amanda Gorman, the first National Youth Poet Laureate whose poem – “The Hill We Climb” – drew applause at the US Presidential inauguration. It is obvious that the proverbial ‘glass ceiling’ is steadily being shattered by women.

The latest being the atypical, capable and erudite economist, Ngozi Okonjo-Iweala, who has made history as the first African and female to head the World Trade Organisation (WTO). Just in case you dare ask, “Can the shattered glass ceiling be put together again?”

Though the road to attaining the inclusion of more women in esteemed positions may be long, nevertheless, we are not where we used to be. Our hope rises.

Truly speaking, Okonjo-Iweala deserves all the accolades; however, there is a lot of work to be done. She is expected to swiftly demonstrate her aptitude to unite countries whose relationships have been strained due to caginess engendered during the administration of President Trump.

Ahead of her first meeting as head of WTO in December, she will be saddled with the intense responsibility to prove between now and then that she is indeed the expected ‘deliverer,’ especially because WTO has existed without a director-general, since Roberto Azevedo, the former DG, resigned.

With challenges arising from the COVID-19 pandemic, US-China rigidities, among other matters arising, Okonjo-Iweala certainly has a lot on her plate. Nevertheless, experts have opined that she is capable of rising to the occasion.

Despite leaving public office in Nigeria in 2015, Okonjo-Iweala has since 2016, served as board chairperson at global vaccine alliance, Gavi. She was also selected to join the board of Twitter in June 2018.

Prior to being named as director-general, she was erroneously undermined by Robert Lighthizer, former US Trade Representative when he told the Financial Times, “We need a person who actually knows trade, not somebody from the World Bank who does development,” Ngozi Okonjo-Iweala has obviously proven the nay sayers wrong. 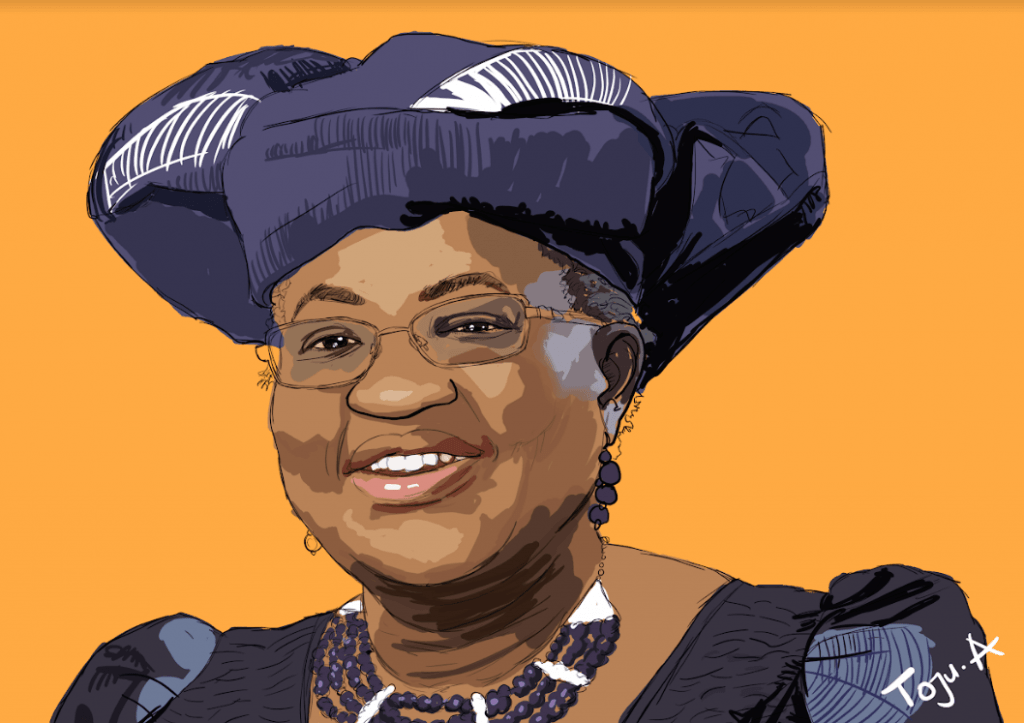 Her response was epic: “I am a development economist and you cannot do that without looking at trade. I helped my country’s negotiation with my trade minister on the ECOWAS common external tariffs. I don’t know how much more trade you can have than that.”

She certainly wasn’t done. She corrected the misconception further, “So those who say I don’t have trade, they are mistaken. I think the qualities I have are even better, because I combine development economics with trade knowledge, along with finance, and you need those combination of skills to lead the WTO. I think I have the skills that are needed. I am a trade person,” Ngozi Okonjo-Iweala said.

Coming in as the DG, she has the opportunity to bring a new outlook to concerns that mediators have argued about over the years. Being chosen gives optimism for the African continent, it opens the opportunity for how the continent is viewed in governance and global bargains. Daring to tread the path commonly trod by men affirms that what a man can do; a woman can do better, if and when given the same opportunity.

Okonjo-Iweala is certainly up to the task. Prior to this position, she had said that the WTO had not been able to complete multilateral negotiations for some time, and that the dispute settlement system that underpins it has been paralysed. She notes its rules need to be updated to take account of modern 21st Century challenges like the digital and green economy.

“It also needs to work to be more inclusive, to take account of micro medium and small enterprises and women. We are in the middle of Covid-19; the WTO has rules that could actually help smaller and poorer countries access vaccines and medical equipment,” she said.

On a lighter note, over the years, she has always had her bespoke choice of appearance, proudly and consistently adorning herself with African prints in different styles that suit her.

The way she carries herself elegantly in those stunning African prints even at many of her high level engagements shows that you cannot take the African ‘spirit’ out of her. It has certainly come to stay and she is taking it all to the WTO.

Her signature head tie is one that isn’t going anywhere as it has become an identity peculiar to her.

The way it is tilted upward, sitting comfortably in an elegant manner on her head, exactly the way she wants it positioned is one you cannot ignore or pretend not to see. If you have met Okonjo-Iweala 40 times, 41 out of the 40 times, she has her signature head tie on.

For every position she has held, the style has been consistent with her, trust me when I say it isn’t going away any time soon because as DG of WTO, the African prints and head ties are certainly coming along.