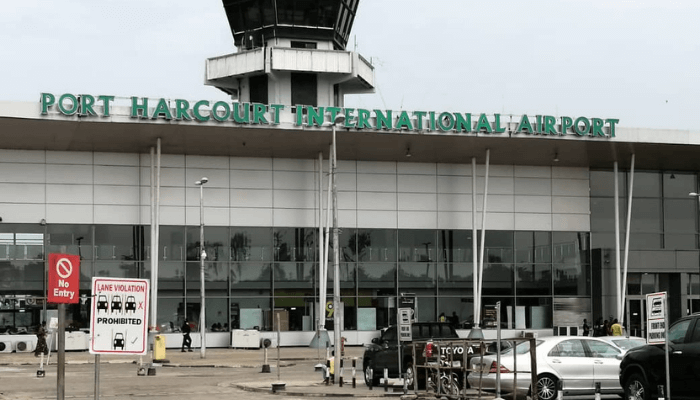 Tension is mounting at the Port Harcourt International Airport where over 2000 travel agents have lost their jobs due to a hike in fee from N200, 000 to N5m.

The fee is called an on-duty card (ODC). This is said to have been made worse by restrictions allegedly imposed by the management of the Federal Airports Authority of Nigeria (FAAN) at the airport.

It was confirmed that two meetings have so far been held with the local management of the international airport but sources to the management told newsmen that the order was a national one.

The travel agents, otherwise known as protocol officers or flight ticket operators, are the middlemen that facilitate travel arrangements between the airlines and their organizations, companies or individuals at the airport.

These travel agents, according to our sources at the International Airport, were recognized by the FAAN management and given what is now known as an on-duty card at the cost of N300,000 or N500,000 as the case may be, but recently, the management of the FAAN at the Port Harcourt International Airport, came up with a memo dated 7th January 2020 and signed by one Apeji A. E., a deputy general manager/ACOS AVSEC (PHIA), for the regional manager, Felix Akinbumi, directing over 152 multinationals, corporate organizations, enterprises and the travel agents at the airport to go for the on-duty card immediately or be suspended from operating at the airport.

The crux of the matter, according to some travel agents, who rushed for the new ODC, was that the price had been hiked from N300,000 or N500,000 in 2019 to N1m in 2020 and had directed its security operative arm, the Aviation security outfit (AVSEC), to ensure that no travel agent gets near to the terminal building housing the airlines to operate without the ODC.

While the travel agents and their clients said they were doing what they could to meet the demands of FAAN and perform their duties at the airport, another setback came from the FAAN, this time from their Corporate Affairs Department in Lagos.

Our sources disclosed that the FAAN management according to the new directive dated 7th Jan. 2021 and signed by the general manager of corporate affairs, Henrietta Yakubu, titled “Proposal on New Airport Protocol Service”, the protocol officers are now to pay the sum of N5,000,000 to obtain the ODC as to carry out their duties at the airport.

Yakubu in the new memo explained that the decision was taken in order to ensure proper coordination of protocol facilitation at the airports and to ensure adherence to the Federal Government protocol on COVID-19.

“Also, you will recall that due to the need to ensure the safety of air travelers and the airport users, the Federal Government, through the Presidential Task Force on COVID-19, directed that only FAAN protocol services unit should henceforth embark on commercial service at the airport.

“Consequently, protocol activities at our Airports have been streamlined accordingly”.

This development, according to our correspondent at the airport, was fast causing bad blood and loss of love between the FAAN management and the numerous travel agents as at the time of going to the press.

According to our sources at the airport, this development has added yet another or increased the number of the unemployed to the labour market and take food from their tables as most of them and their clients cannot afford the price for the new ODC or breakthrough the FAAN restrictions at the airport to carry out their duties.

This has also added yet to the lull the Port Harcourt International Airport was passing through in recruit time as several other business ventures get set to leave the airport because of similar policies.