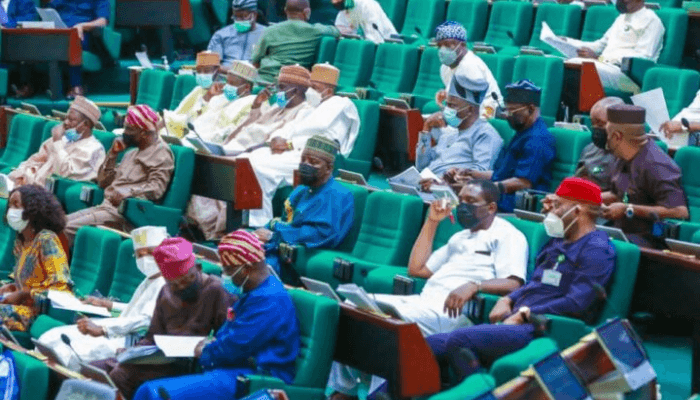 A-Z Petroleum Products Limited has appealed to the House of Representatives to help it recover an outstanding debt of N30 billion subsidy from the Federal Ministry of Finance.

Hafford Udochukwu, A-Z Petroleum’s head of business development, made the appeal at a public hearing organised by the House ad-hoc Committee investigating the daily consumption of Premium Motor Spirit (PMS) in Nigeria, on Wednesday.

“We have not been trading on PMS, we are kind of handicapped, severally we have written to the ministry, they have paid others but we have not been paid. In fact, we went to court two months ago. We are asking the committee to prevail on the Ministry of Finance so that they can pay us the outstanding.”

Sa’ad-Abdulkadir Abdullahi, chairman of the committee, asked the company to provide the lawmakers with all the necessary documents and pledged to look into its complaint.

The chairman directed the management of Virgin Forest Energy and Oando to appear before the committee on Monday, August 15, 2022.

He ruled that the companies should appear with proof of any payment made and other relevant documents on the quantity of PMS they deal in.

The committee also summoned the Managing Director of Ash Group Energy Ltd, a member of the DSGP Contract Consortium which also have Jack Energy Solutions Ltd as member with Vitol AS Ltd as the lead.

The managing director is to appear on Tuesday, August 16, 2022 to explain the operations and account for the volume of PMS imported.

Abdullahi said: “The committee will approach NNPC to suspend the operations of the consortium pending the outcome of the hearing.”

The House of Representatives ad-hoc committee investigating oil subsidy payments between 2013 to 2022 queried Hyde Energy, an oil company that appeared before it over failure to account for petroleum bye-products.

The lawmakers were apparently shocked when the oil company told them that it exports crude oil for refined petroleum products but failed to account for the bye-products.

The committee said the oil company and others were shortchanging Nigeria by failing to give account of what becomes of the products which is higher than crude itself.

Abdulwahab Oseni, the head, business development of Hyde Energy who appeared before the committee, said in the Direct Sale, Direct Purchase (DSDP) contract with the Nigerian National Petroleum Company (NNPC), the contract did not cover the value of bye-products.

He said: “NNPC in our DSDP contract did not ask us to refine the product. They did not ask us to give them the value of each of the bye-products. They just said this crude cargo that I am giving you the value is so so amount and on the basis of that value you have to bring in petroleum products.

“There is no obligation in the DSDP contract for us to go and refine petroleum products and as trading company what we do is that we trade the cargoes and then bring in the products at the time that they asked us to bring.”

In his intervention, a member of the committee, Siaka Ibrahim called for a closed door investigation so that the invitee can make open, relevant information concerning financial transactions.

The Ibrahim Aliyu-chaired committee demanded to know the countries the company exports crude to with a view to ascertaining both the export and import value of crude and refined products,

This, the lawmakers stated, would enable the committee to write to embassies of the countries in question to uncover details of such transactions.

Ruling, the chairman said: “Honourable colleagues, you will agree with me that we have a very good engagement with the Hyde Energy. It’s an investigative hearing you don’t have anything to hide there; nothing to fear.”