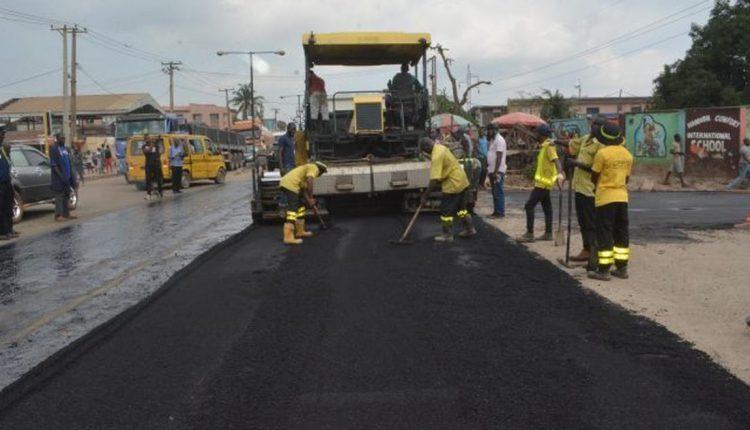 Babatunde Raji Fashola, the Minister of Works and Housing on Monday revealed that 44 Federal Roads spread across the six geo-political zones are being financed under this SUKUK roads project.

Fashola gave this information on Monday in Abuja during a presentation of N162, 557,000,000 Sovereign Sukuk Symbolic Cheque to the Federal Ministry of Works and Housing in Abuja, by the Minister of Finance, Budget and National Planning, Zainab Ahmed.

Speaking on the recent public debate on government borrowing and the concerns being raised by Nigerians, Fashola explained that, with this Sukuk projects distribution, Nigerians will now see where and how the monies were being spent.

Fashola who hailed the partnership between the government and the private sector in the provision of SUKUK financing in roads projects across the country also listed the many economic benefits of roads construction to the people, saying that a lot of jobs have been created for labourers, artisans, suppliers of building materials, sands suppliers, farmers and even food vendors who make their daily earnings from the construction sites.

“President Muhammadu Buhari has been legitimately distributing wealth through investment in roads infrastructure and the 100 million Nigerians he would take out of poverty in a decade would be achieved,” he said.

Earlier in her remarks, Ahmed said one of the key pillars of the Economic Recovery and Growth Plan (ERGP), is the development of critical infrastructure projects with a view to removing the impediments to growth and development in the economy.

She explained that the President, through the annual budgets, had prioritized capital expenditure on the development of roads, rail, power and agriculture infrastructure projects.

She stated that the N162, 557,000,000 now released signified the 100 percent full deployment of the total amount raised by the Debt Management Office (DMO), dedicated to roads projects.

Chairmen of relevant National Assembly Committees that attended the public presentation of the cheque were committees on Works and that of Aids, local and foreign debts of both chambers—Senate and House of Representatives.

In separate remarks, the Chairman, Senate Committee on Works, Adamu Alieru and his counterpart in the House of Representatives, Kabiru Bichi expressed satisfaction with the zeal to work demonstrated by the Minister of Works and Housing and the quality of work done by the contractors and promised that the National Assembly would collaborate fully with the executive to ensure that Nigerians enjoy good quality roads.

Responding on behalf of the contractors, the Managing Director of Reynolds Construction Company, (RCC) Nigeria Limited, Nabeel Esawi, appreciated the effort of the government in promoting roads financing through SUKUK.

He promised government that, with this positive development of funding, contractors would take full advantage of the coming dry season to achieve more and recover the time they had lost as a result of COVID 19 lock down.

“SUKUK is gradually changing the face of Nigerian road to the better. Our Bulldozers and Machineries will speak for us, ” he assured.