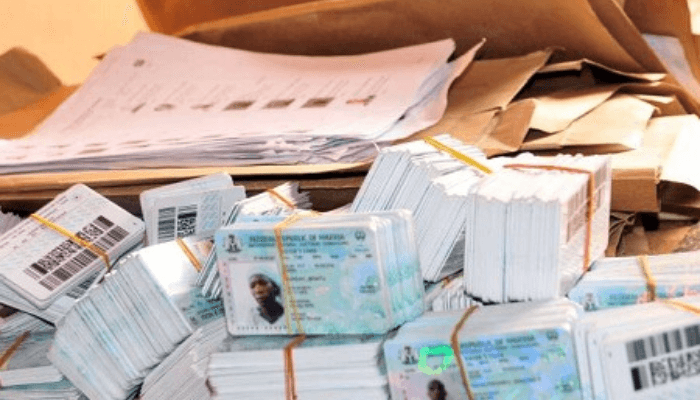 The Independent National Electoral Commission (INEC) in Osun State says 437,354 Permanent Voters Cards (PVCs) are yet to be collected in the state.

Mutiu Agboke, the State Resident Electoral Commissioner (REC), in the state made this known on Sunday at Union Baptist Church, Osogbo saying that the uncollected PVCs are enough to elect a governor.

Agboke stated that the commission has decided to take the sensitisation to all churches in the state urging the congregation to take seriously the forthcoming election.

He said, “It is your civic responsibility to obtain your Permanent Voters Card,, cast your vote on the election day and monitor INEC’s declaration.

“Before you are eligible to vote, you need your PVC. In Osun State, at the moment, we have 437,354 PVCs uncollected. This number of PVCs is sufficient to make someone a governor.”

The REC appealed to residents to visit the INEC offices across the 30 local government areas to collect their PVCs.

The INEC boss however debunked the notion that INEC has included the names of underaged persons in its register.

He assured that on the final list which INEC would release, names of underaged and persons with multiple registrations would not be included making not ineligible to vote.

“Nobody will rig this coming election, INEC will only declare the person you have voted as the winner of the election.

“INEC has rededicated the pattern of voting, our technology will guarantee the sacredness of your vote. Nobody can hijack your vote again with the use of BVAS,” he assured.

Agboke promised to make available the election guideline, stressing that the electoral act will be strictly adhered to.

Calling on religious leaders to use their platforms to properly orientate their members, he charged Osun residents not to relent after the 2022 governorship election but get ready to vote during the presidential, national assembly and house of assembly elections in 2023.

In his response, the minister-in-charge of the church, Sunday Adeoye promised to cooperate with the new REC for better sensitisation of the members.

He noted that information is key hence the need for voters education, stating that all necessary details made available will be passed across to the congregation.