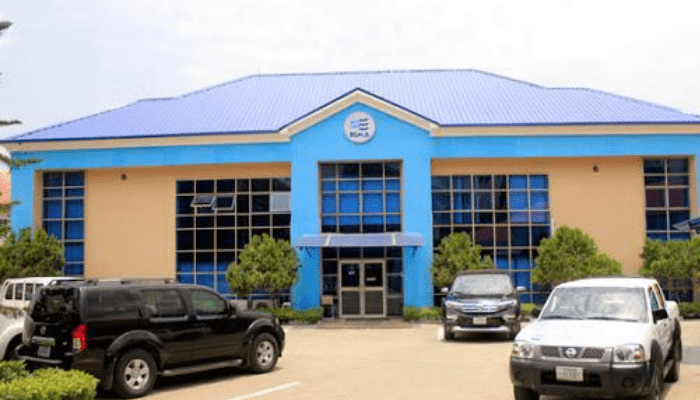 The year, 2019, was declared the year of prosperous turnaround for the 11-year-old Rivers Microfinance Agency (RIMA) which was set up in 2008 to progress those at the bottom of the economic pyramid upward through soft loans to transform the economically active poor. The irony however is that the man who performed this feat, Ipalibo Watson Sogules (PhD), was soon deposed, (June 15, 2020) arrested and even thrown before a magistrate’s court for prosecution over alleged N13m fraud.

His twist of fate however continued when soon after, the state pleaded with the magistrate to discontinue trial for lack of incriminating evidence in the fraud he was said to have perpetuated with three other management staff of the agency: the Head of SMEs, Nimi Harry, the Head of Finance and Account, Ukela Okorji; and the Internal Auditor, Sofiri Koko. This raised concerns over the seeming humiliation of a seasoned banker such as Sogules who is regarded as a devoted supporter of Gov Nyesom Wike.

RIMA watchers however hint that such twist of fate seems to be the destiny of any CEO in RIMA. The first CEO felt he was doing great only to be thrown off by the former governor who said the man rather frittered away N500m out of the N2.5Bn seed capital by awarding amounts as loans to party loyalists contrary to laid down expectations of a purely commercial lending institution.

His successor, Innocent Harry, thought he uplifted RIMA with the remaining N2Bn, acquired permanent headquarters, established a Micro-Finance Bank, and claimed to have made N1Bn profit but also suffered the same fate and was removed by a new Governor in 2015.

The year 2019, RIMA made very significant progress as it achieved its milestones and reached out to the poor to lift them up and SMEs to increase their bottom lines. It posted profit that significantly positioned the agency for the upward trend in achieving its core mandate.

Sogules through dint of hard work, his ingenuity and experience in the industry, is said to have brought back RIMA from losses to profitability and proficiency. The losses and dismal performance were contained in an audited report in 2015 which stated that RIMA’s entire capital had been eroded by 2015 and that the place operated in huge losses of N972.92m in five years. “The rascality of the previous management is epitomized by the losses incurred throughout the duration of the administration between 2010 and 2015”, the statement had said.

Sogules thus set about rebuilding RIMA with strong emphasis on credit management and marketing of its products. By end of 2019, he reported at a retreat that the Agency broke even and made some profit (about N3m) and that they were going to consolidate on this and increase profitability. “This is the first time a government agency is giving profit. ” He also attributed the significant progress to a well motivated staff as the Agency in 2019 for the first time promoted staff and rewarded outstanding ones for hard work.

On the MFI, the CEO said: “Yes, the RIMA Growth Pathway MFB Limited is doing very well and we are also pursuing their own recapitalisation and the CBN has given a deadline for recapitalising all MFBs. But if you look at the bank, 90 per cent of our transactions are done through it. It is being recapitalized and about to open another branch. It is profitable right now. We have instituted ATM system and we have Interswitch; meaning they can transfer funds. These are signs of doing well.”

Sogules pleaded for recapitalization of at least N1Bn to now begin to fly from January 2020 into higher financial grounds. This was not what he saw as his tenure was terminated abruptly.

According to a budget analyst, Kie Obomanu, RIMA was a success story from 2015 to 2019. “It’s has been profits all the way in the last four years. For 2019, it’s a giant leap as against the losses before 2015. RIMA has adhered strictly to its rules of engagement which stipulate: providing access to financial services as well as opportunities to build capacity and self sufficiency for the people of Rivers State. This is by lowering the criteria for borrowing money with no expensive collateral normally required to secure such loan.

“The efforts of the Rivers State Government under the leadership of Gov Wike must be commended for always ensuring that it stands in the gap for CBN loans to get to those SMEs and the poor in Rivers State irrespective of party affiliation or state of origin.

“The Agency’s flagship product – “Market Traders Loan” will bring about a total turn around. RIMA’s other product, “Market Traders Loan” has proved overtime to be very successful as it is now a household name by customers. RIMA has disbursed a cumulative of N4.7 billion as at November 2019. A total of 2,812 entrepreneurs have been reached and this is clearly exemplified by the increase in the bottom line of these SMEs as recorded in the Data Base System. It has also instituted a robust Risk Management System in line with standard best practices obtainable internationally. This means, it has an aggressive loan recovery system in active collaboration with the Judiciary with penalties properly spelt out for defaulters. This has activated a genuine recovery trajectory.

“2019 Financial Report clearly shows RIMA breaking even. This means cost of operations was subsumed by the turn over. With the profits posted through the guide of Performance Management System, RIMA hopes to consolidate on its achievements to make 2020 a year of outstanding success.”

What the MD rather got seemed to be the rude shock of a dismissal that June 15 evening. The Magistrate, A.O. Amadi-Nna, however struck out the matter following an application filed by the state Attorney General, Zacheaus Adangor, to discontinue the matter. The state Attorney-General cited section 108, subsection 2 of the Rivers State Criminal and Administration Justice Law in court and pleaded with the court to set the defendants free.

Most business analysts in Port Harcourt wonder what next for Sogules in his twist of fate now that the same government has retracted their word on ground that he was not implicated.