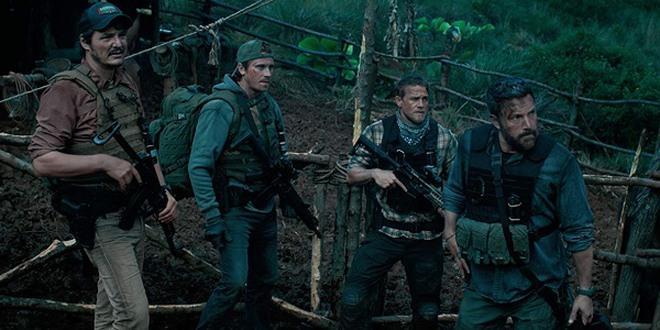 I totally loved this movie, it taught me a few lessons also which I would share later, this is also a similar movie to “John Wick 3” but with a different twist as they had to rob a Capone of some cool cash. I would say It’s similar to “Den of thieves” and Ocean Eleven and Twelve, only that in this case they were ex-military soldiers who failed on a mission and decided to go back and complete their unfinished business but this time for themselves. I loved the suspense, action and fighting and they made it look so real. You will know a fantastic movie when it’s impossible to predict the end; I absolutely thought this would end in my way, but I was totally wrong, I didn’t see that coming.

The entire movie was centered on 5 former Special Forces agent, who were then very good at what they did, first they were sent on a mission to get the leader of a very terrible cartel, after working so hard the mission wasn’t so successful and the leader escaped. After years of being loyal to the force and paying their dues with nothing tangible to show for it, they decided to doing something for themselves for once on their own accord and for their own selfish interest to benefit them and their families, little did they know the whole mission would go upside down. Santiago “Pope” Gracia, had a friend who always gave him information about the bad guy and where the funds were kept. So he decided to bring his 4 old friend together for the mission, their plan was to lie down low after the mission and spend their money, little did they know that the mission would leave them worse than they were. Pope explained to them that they were doing this for their families and themselves as payoff. They had information of when to enter, when to leave and how long they should stay in the house without being caught, the money was buried in different place and they had to search and search till they found it, even after staying the stipulated time, they wanted to take some more funds, when suddenly some guards came in before time and they had to kill all of them to stay alive any mistake would mean losing the money and also their lives and images.

The movie took a whole twist when they finally got the money and sped of the house, you would need to see the entire movie, to see how they carried over 6,000 tons of dollars almost $100m dollars and how it all went to the thin air, it’s a movie you won’t stop talking about for a while.

I really enjoyed this movie and I learnt a few lessons, that having good values are better wealth; they almost lost it all because of money. In life when you have to choose between money or your life, you will still choose life first, next is good relationship which cannot be traded for anything in the world, when the going got tough, they all had to make quick drastic decisions, and this was the reason they stayed alive. To my verdict I would say 8.5/10, I loved the storyline, the action scenes, the cinematography, the effects, the suspense, twist, plot and the fantastic ending, I could go on and on, I must commend them for putting out a good show and it was worth my time. For all the action movie lovers out there, this is a movie to watch, relax and enjoy, the end would blow your mind away.