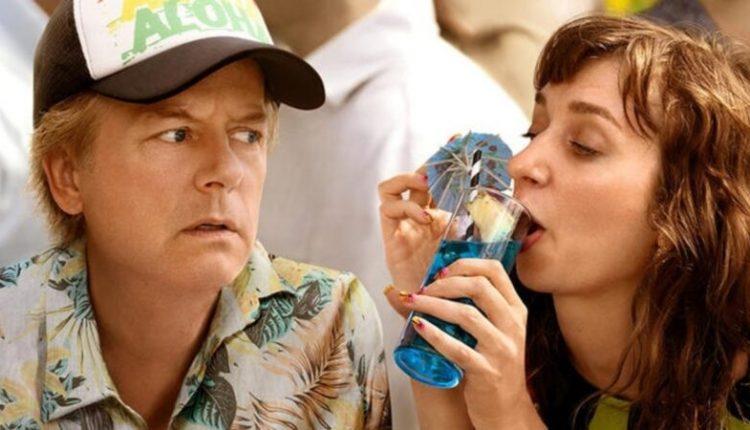 Well if you are looking a comedy movie that will make you laugh and relax, with no high level or intellect needed then, you might want to try this simple yet hilarious movie out. It was a very funny movie, with loads of adult words so for strictly above 18, well when I saw that it was a new movie that just got released I felt there was no harm in trying the movie out. So sometimes I do like to try other kind of movies to see how well they can keep me captivated, this movie was just funny and nothing more or exceptional, I really do like movies that keep me thinking and challenged but this is absolutely not one of those movies, where you get pretty impressed with the storyline or learn one of two things, this is just a basic movie to laugh, relax and while away your sorrow and that’s it.

Tim is a young successful man who just broke up with his finance and still can’t get her out of his head. One day on his was to another city he bumps into a very pretty lady, who sued to be a former pageant queen and he was so delighted to have her contact and had intentions to date her since she was divorced and then shared a lot of things in common. So Tim taught to himself that it would be a pleasant surprise to have her over at their office retreat in Hawaii and a hot lady like that would make his ex-finance who was now dating a colleague also very jealous. So he discussed with his colleague Nate and they agreed that he should send her a text inviting her for an all-expense paid trip, little did he know that he had sent the message to a wrong person called “Missy”. Tim had no clue till he was seated on the first class seat waiting for his date and boom the wrong lady arrives, apparently she was the lady from his terrible date in the first scene, she was introduced to him by his mother, and he felt that she was an absolute miss fit and he promised himself he wasn’t ever going to see her again.
The movie took a whole new twist when they both arrived in Hawaii and had to act like a couple that they weren’t; she was a notorious nosey girl, and she wanted to be in everybody’s busy, she had all the skills and gifts that soon made people flock around her. The movie ended up in a very funny way as the Tim who never liked her ended up falling in love with her. If you want to have a very good laugh then you can check this movie out.

To my verdict I would score this movie 6/10, this was a very basic and simple storyline, with nothing extraordinary or outstanding, I laughed most of the time but can’t really tell you my take away from the movie or lessons learnt but I just had a good laugh. I loved the storyline, the cinematography, the production was good and crisp, the sound track and songs were perfect for each scene, and the cast were ok and did try to put up a good show. The movie didn’t really surpass my expectation but it was ok. For all the comedy movie lovers you might want to give this a try, something to make you laugh and relax and nothing more.