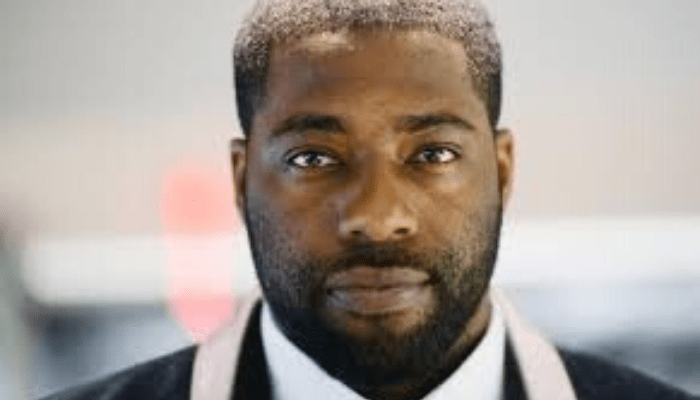 The story of this young bright intelligent American footballer reminds me of the trending true life story of a man called Archie Charles Williams who was just exonerated after 37 years of a crime he knew nothing about, Brain was also accused of raping his classmate, something he actually never did, the only difference was that Brain went in at 16 and was freed after 11 years with a certain period of probation, he had to act all nice or be sent back. This was another true life story, similar to a fall for Grace that will break your heart and leave you in tears, how wicked can a classmate be that she would allow you rotten in jail for something you didn’t do and sleep well every night all because she was paid and didn’t want to have to refund the money, the story was pathetic and painful, but I learnt a lot of lessons anyway, one never be at the wrong place at the wrong time, you need to pray that your steps are ordered to avoid making a costly mistake, one that could cost you all your life, three you need to control your emotions and pain, do not allow them control you, you might go to jail, but do not allow your mind fail you, once you can still believe, you can achieve whatever it is you set your mind to do.

Brain Banks as the title entails was also the name of the lead actor in the movie, a young bright chap with a bright future, who was raised by his single mum, they never really mentioned his dad, he was a handsome dude and the dream of every girl in college. He was one of the best American football players in his school and was on his way to the biggest club after college, he had his life and dreams all lined up in front of him, till one faithful day the worse happened and boom his entire world and dream came crashing like a shattered glass and that was it, he found himself in jail for a crime he didn’t commit. One beautiful day in college a classmate of his, who he knew well asked him to accompany her to the other side of school, this side of school was notorious of the evil activities that went on there, everyone knew that place was evil, anyway when she pleaded for his assistance to that stairway he agreed, little did he know he was going to be set up by Kennisha Rice, his supposed friend. Immediately they got out when they heard footsteps, a female teacher asked kennisha if she was raped and she not knowing what to say and not looking like a bad student concurred, that was the beginning of doom for Brain Banks. Luckily on getting to prison he met one old wise man (Morgan Freeman) who took interest in him and started mentoring him. It took a lot from him, but he learnt that he couldn’t afford to let his mind be conformed of the prison life but of that which he needed to meet outside when he was free.
You would need to watch the entire movie to see how his life panned out and how he was able to make the best out of what was left, never forget it a choice and you have to choose wisely.

Brain Banks was one emotional and touchy movie that would leave you thinking, wishing, praying and almost crying wishing that this young man could just be freed, but to no avail, I totally loved the storyline, the production, sound tracks, cinematography and editing. The end of the movie gave me so much hope that once there is life, there is hope and that you as an individual are the only limit or boundary you could set for yourself once you can remove, the hear Sayers, fear and worries, you can do and achieve the impossible. I was so glad at the end and found out that most people were willing to testify in his favor. The awesome way the movie ended gave me hope, joy and peace that you can be whatever you want to be. It was an Amazing drama movie for those movie fans that enjoy true life story.