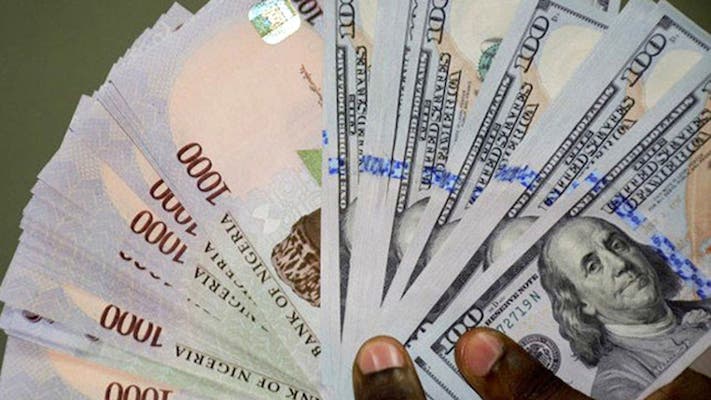 Nigeria’s foreign exchange opened on Monday with Naira signalling depreciation against the dollar at the Investors and Exporters (I&E) forex window.

The data obtained from the FMDQ showed the market opened with an indicative rate of N386.17k, representing N0.62k depreciation when compared with N385.55k opened with on Friday last week.

The foreign exchange market has witnessed dollar shortages since early this year as a result of low oil prices, which accounts for about 90% of the country’s foreign exchange earnings and low inflows from remittances due to the Covid-19 pandemic.

On the black market, naira weakened by N1.00k as the dollar was trading at N474 on Monday as against N473 traded last week. The local currency remained stable at N475 per dollar at the retail bureau and N381 at the Nigerian Autonomous Foreign Exchange Fixing (NAFEX) spot window.

The Central Bank of Nigeria (CBN) last week adjusted the exchange rate on its website to N379 per dollar from N360/$.

Nigeria’s ross official reserves declined by US$320 million in July to US$35.88 billion, data from the CBN indicated.