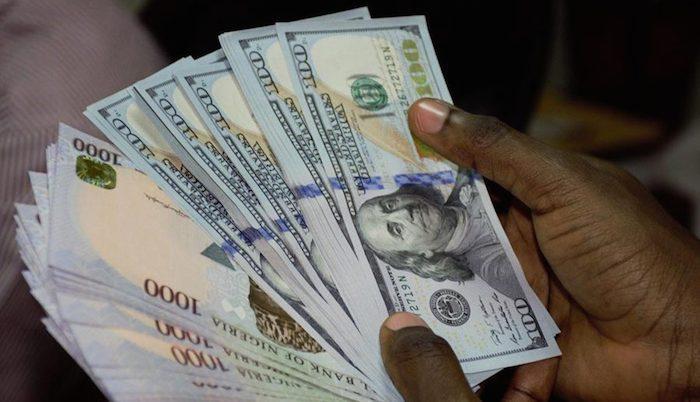 Nigeria’s foreign exchange market recorded 6.64 percent drop in liquidity as the monthly market turnover declined to $2.81 billion at the end of July 2021 compared with $3.01 billion in the preceding month of June 2021.

The decline in the market turnover was as a result of the level of transaction carried out by investors during the period at the Investors and Exporters (I&E) forex window.

On a day-to-day basis, the market turnover increased by 5.81 percent to $126.92 million on Thursday from $119.95 million recorded on Wednesday, data from the FMDQ indicated.

At the Nigerian Autonomous Foreign Exchange Fixing (NAFEX), naira appreciated marginally by 0.06 percent as the dollar was quoted at N411.25k on Thursday from the last close of N411.50k/$.

Currency traders who participated at the trading session on Thursday maintained bids at between N400.00k and N413.00k per dollar.

Nigeria’s currency on Thursday lost 0.39 percent (N2) to the dollar as the naira/dollar exchange rate closed at N508 as against N506/$ closed on the previous day at the parallel market, also known as black market.

Naira fell sharply to N525 per dollar last week after the Central Bank of Nigeria (CBN) announced its plan to discontinue the sale of dollar to the Bureau De Change (BDC) operators due to FX arbitrage.

The local currency started firming up on Thursday, the following day, after the Nigerian banks chief executives unanimously agreed to support and meet legitimate demand for dollar by the end-users.

The CBN on July 27 discontinued FX supply to the BDCs but asked banks to take over the duty of supplying FX to the wider public. The CBN governor announced the decision during the MPC meeting, relating the action of the BDCs mishandling FX as putting the country’s financial system at risk as they looked for abnormal returns.

In the second quarter of 2021, the naira was fairly stable in the I&E window, relative to the previous quarter, according to a report by the FSDH Research.

This relative stability in the I&E window was reflected in the performance of external reserves, which was severely pressured in the quarter. Reserves lost 4.4 percent of its value in the quarter.

The International Monetary Fund (IMF) in its Article IV recommended “establishing a market-clearing unified exchange rate with the near-term focus on allowing greater flexibility and removing the backlog of requests for foreign exchange.”