Stocks that made some investors billionaires in five months 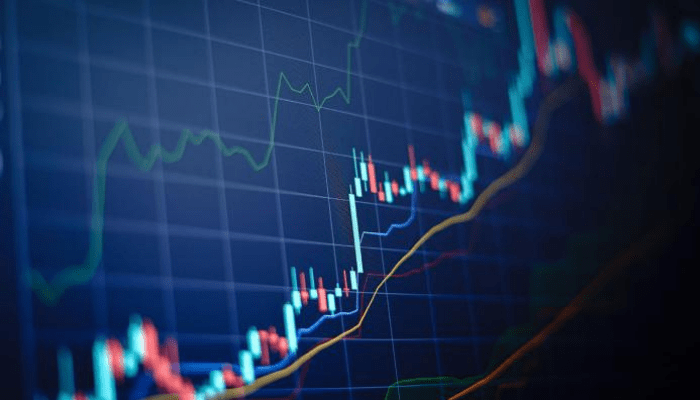 Investors whose portfolios included stocks such as Dangote Cement, MTN Nigeria, BUA Cement, Seplat, Nigerian Breweries, and a few others at the begging of this year now have every reason to thank their ingenuity, following an unprecedented gain in the nation’s capital market in the first five months of 2022. As of May 31, 2022, these investors have become billionaires.

Overall, the market capitalisation of NGX appreciated by N6.2 trillion from January to May 2022. This kind of appreciation in the values of equities is unprecedented when compared with the corresponding periods in the last five years. Available records show that the last time the nation’s capital market gained a trillion naira in market capitalisation in the first five months of the year was between January and May 2019, when equities rose by additional N1.96 trillion.

During the same period in 2022, the case is completely different. Listed equities appreciated by N6.27 trillion between January and May 31, 2022. The spectacular performance of listed equities has trickled down to the entire market, as bonds and ETF recording significant appreciation in market value.

An investment analyst attributed the above development to three factors, which are new listing, share buyback and investors positioning themselves for growth.
“It is true that the capital market recorded a significant growth in the first few months of the year and that was due to a number of factors. The listing of BUA Foods, Dangote’s share buyback, and some investors positioning themselves in the market in preparation for Q4 results”, Abiola Gbemisola, an investment analyst with FBNQuest Merchant Bank, said.

“Some stocks with very good fundamentals were very cheap at the beginning of the year especially in the fast moving consumer goods. Investors took notice of these stocks and positioned themselves and those moves have rewarded them handsomely from year to date”, Gbemisola added.

According to him, most of the stocks that performed creditably well during the reference period could easily be identified at the beginning of the year due to their price-earnings ratios, low share prices, and strong fundamentals.

Stocks that pushed market capitalisation to a record high
Investors made billions of naira through capital appreciation in at least in 27 stocks during the reference period. Most of these stocks are market heavyweights. Topmost on the list is Dangote Cement whose market capitalisation appreciated by N681.62 billion, and consequently accounted for 28 percent of the gains recorded by the NGX 30 Index; 28 percent of NGX Pension Index, and 38 percent of the NGX Premium Index. What’s more, 69 percent of the gains recorded by the NGX Industrial Index came from Dangote Cement.

MTN Nigeria, another heavy weight, is also among the stock with spectacular performance in the first five months of this year. And by gaining N671.69 billion, MTN Nigeria accounted for 37 percent of the gains in the NGX Premium Index; 27.7 percent of NGX Pension Index; 27.4 percent of NGX 30 Index.

In terms of market capitalisation, the NGX Oil/Gas Index rose by N416.2 billion. And with a gain of N382.5 billion, Seplat Nigeria, one of the components of this index accounted for 92 percent of the gain this index recorded in five months to May. Oando appreciated by N15.9 billion; Conoil, N8.5 billion; Total, N4.3 billion; Ardova, N2.73 billion, and Eterna, N2.24 billion.

The NGX MERI Growth Index was the third highest in terms of return which stood at 33.5 percent. This amounted to a gain of N1.22 trillion in its market capitalisation. It is made up of sixteen stocks as components, eleven stocks appreciated while five declined in values.

The NGX AFR Div Yield Index, which has ten stocks as its components, gained by 29.2 percent, as its value moved from 2,559.43 to 3,305.86 during the reference period. Its value appreciated by N685.6 billion. Among the ten stocks, six appreciated while four depreciated.

The NGX Premium Index appreciated by 19.5 percent; NGX Pension Index by 15.6 percent; NGX Growth Index by 12.8 percent; NGX 30 Index, 12.1 percent, and the NGX Consumer Goods Index rose by 10.6 percent. Most of the sectoral indices have the best performing stocks as common components including Dangote Cement, MTN Nigeria, and Seplat.

On what made the stock market to post this kind of positive performance, a senior economic and investment analyst attributed it to the outlook of the fixed income market at the beginning of the year.

“The fixed income market was not looking attractive at the beginning of the year. That was due to government’s borrowings to fund the 2022 budget which were expected to keep the rates on fixed income instruments low”, Saheed Bashir, CEO, Meristem Securities, said.

Hike in benchmark interest rate and expected impact on the capital market
Put differently, will these stocks sustain their spectacular performance till year end? Normally, investors rejig their portfolios from time to time to get the best from the market. And that all depends on which of the two markets-money and capital, will offer them the best returns. Thus a change in bellwether indicators such as the benchmark interest rate which could change the course of market returns will warrant reactions from market players.

Therefore, the recent hike in the Monetary Policy Rate(MPR) by the Central Bank of Nigeria(CBN) from 11.5 percent to 13 percent on Tuesday May 24, 2022, might have effect on the nation’s capital market. Analysts’ views are mixed.

“Movement in benchmark rate means a lot to the economy. But for now, we have not seen much reaction, and this may be due to transmission mechanism which is not usually perfect”, Bashir said.

Another analyst is of the view that the CBN’s target for hiking the rate was to protect investors from exiting their naira assets.

“Our outlook for the market after the hike is that the market sentiment will still be strong. This does not rule out fluctuations here and there, but we expect the equity market to close positively by year end”, Gbemisola said.

Geregu, other stocks cause market to close in green