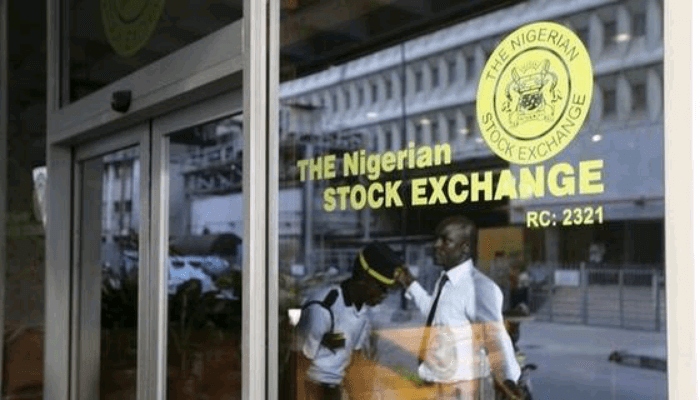 Nigeria’s equities market has gained about N6.3 trillion or 24.31 percent in less than five months into this year, despite the rout that has erased over $11 trillion from the global equities market since the end of March.

The local market has been on the bull run lately following new listings, oil price rally, better-than-expected companies’ full-year earnings and dividend payments as well as their positive first-quarter scorecard. The market also continues to impress investors who are seeing encouraging signs of Nigeria’s economic recovery.

The equities market’s key performance indicators – the Nigerian Exchange Limited (NGX) All-Share Index and market capitalisation – have risen from year-open lows of 42, 716.44 points and N22.30 trillion respectively to 53,098.46 points and N28.625 trillion as at May 13.

The market rose by 9.15 percent in January and 1.65 percent in February but fell slightly by 0.91 percent in March. In April, it rerouted north by 5.09 percent; while as at Friday, the market has risen month-to-date by 6.97 percent, and still showing significant upside potential.

“The NGX All Share Index has reached a 13-year high, crossing the 50,000 mark for the first time since 2008. The solid start in January was primarily driven by the listing of BUA Foods, the rally in oil prices reflected in Seplat, and investors taking positions in fungible stocks (Airtel Africa and Seplat),” said Lagos-based analysts at Coronation research in their May 9 note.

They noted also that the Nigerian equity market is disconnected from global markets.

Going into the second quarter, the analysts said, “We expect the impact of market interest rate increases to be delayed. This may give breathing room for the market, particularly for stocks continuing to show top-line growth, steady margins and earnings growth.”

NGX Oil & Gas Index, which provides an investable benchmark that captures the performance of the oil and gas sector, has risen the most this year by 60.75 percent. This index comprises the most capitalised and liquid companies in oil and gas marketing. It was followed by NGX Consumer Goods Index (18.54 percent YTD).

NGX Consumer Goods Index provides an investable benchmark that captures the performance of the consumer goods sectors. This index comprises the most capitalised and liquid companies in food, beverage and tobacco.

Here are the outperformers on the Nigeria bourse

Analysts at Lagos-based Vetiva, in their market expectation for the new week, said: “Given the sustained buy-side activity seen throughout the week ended Friday May 13, coupled with the possibility of the CBN raising rates at next week’s MPC meeting, we anticipate a quiet start to the week, as investors remain on the sidelines in anticipation of the Monetary Policy decision before committing further to equities.”

The NGX has since committed to accelerating the digitisation of its processes and operations to attract more investors, especially the millennial and youths, who are increasingly turning to alternative investment options.

Temi Popoola, chief executive officer of NGX, had highlighted five major focus areas in 2022 in line with its efforts to deepen access and attract new generation of investors to the market.

He said the Exchange would drive its growth in 2022 by focusing on five strategic areas, including building on digital transformation, listings and delistings, technology, partnerships and sustainability.

“NGX would seek to consolidate its historic status with a new verve of digitisation by creating innovative and automated access to the market while ensuring overall quality of listed companies and ease of capital raising process. The Exchange would deploy strategic initiatives to attract financial technology firms to the stock market, including launching of a Nasdaq-style board for the listing of tech companies,” he said.

Read also: Nigeria’s stock buyers have reasons to be cheerful

“Today, there are lots of capital raising from tech companies globally. Our market can be a source to raise this capital. SEC has already taken the leadership. It will help to drive economic growth and mobilise capital from sectors of surplus to deficit,” he added.

Earlier in the year, the NGX emphasised the need for diversification of portfolios by investors to ensure enhanced return on investment.

In the first quarter of 2022, the bourse listed new issuances worth N1.701 trillion and Eurobonds of $4 billion on its platform. These issuances listed across both equities and bond markets are integral in deepening the market, improving liquidity and tradability, as well as increasing access to capital to fund growth initiatives.

Jude Chiemeka, divisional head, capital markets at NGX, said at a recent workshop for retail investors: “If an investor chooses the same asset, he/she can diversify by investing in different sectors and industries. There are so many different industries and sectors to explore with exciting opportunities like pharmaceuticals, Information Technology, consumer goods, conglomerates, financial, agricultural, among others.

“Just imagine what would happen if you invested all your money in a single security. Everything would be great as long as the stock’s performance is good. But in case where the market takes a sudden U-turn, the likelihood of significant loss of investments is increased.”