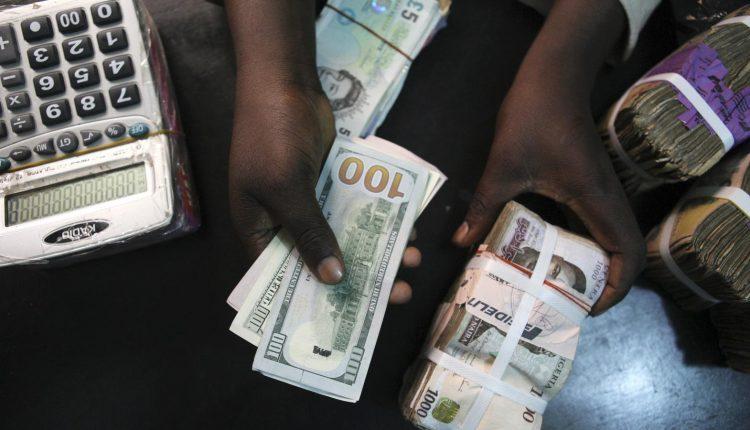 Share FacebookTwitterLinkedinWhatsAppEmailTelegram
The foreign exchange daily turnover declined by 48.73 percent to $105.05 million on Friday from $204.90 million recorded on Thursday at the Investors and Exporters (I&E) forex window.
The I&E FX market remained subdued with stable trade volumes due to low system liquidity according to analysts at FSDH research.
Naira remained stable at N386.00 per dollar after trading on Friday,  data from FMDQ showed. Most participants maintained bids between N375.00 and N389.75 per dollar.
The foreign exchange market opened on Friday with Naira trading stable at an indicative rate of N386.86k at I&E window.
Naira was stable on the black market as the dollar traded at N458 on Thursday, the same rate since Tuesday last week.
The local currency was also stable at the retail bureau and the official market where the dollar was quoted at N460 and N361.00k.
At the money market, the Nigeria treasury bills closed on a negative note on Friday, with average yield across the curve increasing by 2 bps to close at 2.09 percent, a report by FSDH research stated.
In the OMO bills market, average yield across the curve increased by 1 basis point to close at 5.16 percent.
The Overnight (O/N) rate increased by 19.90 percent to close at 23.50 percent. The Open Buy Back (OBB) rate also increased by 18.70 percent.
The Central Bank of Nigeria (CBN) held an Open Market Operation (OMO) auction on July 2, offering & selling bills worth N100 billion across the 89-day (N10 billion), 194-day (N10 billion), and 341-day (N80 billion) tenors. The stop rates remained unchanged at 4.95 percent, 7.79 percent, and 8.99 percent, respectively.
The auction was oversubscribed, indicating a subscription level of 177 percent (N177.44 billion). Demand was skewed towards long-term maturity bills with bid-to-cover ratios settling at 1.41x (89-day), 1.53x (194-day), and 1.85x (341-day), the report stated.
The FGN bond market closed on a negative note on Friday, as the average bond yield across the curve cleared higher by 1 basis point to close at 4.74 percent.
As of March 31, 2020, total public debt stock stood at N28.63 trillion comprising a foreign debt of N9.99 trillion and domestic debt of N18.64 trillion. It is worth noting that in the first quarter, foreign debt has increased to 34.89 percent (previously 32.93 percent as of December 31, 2019), while domestic debt declined to 65.11 percent (previously 67.07 percent as of December 31, 2019).
Share FacebookTwitterLinkedinWhatsAppEmailTelegram