…why a V-shaped recovery may not apply to Nigeria 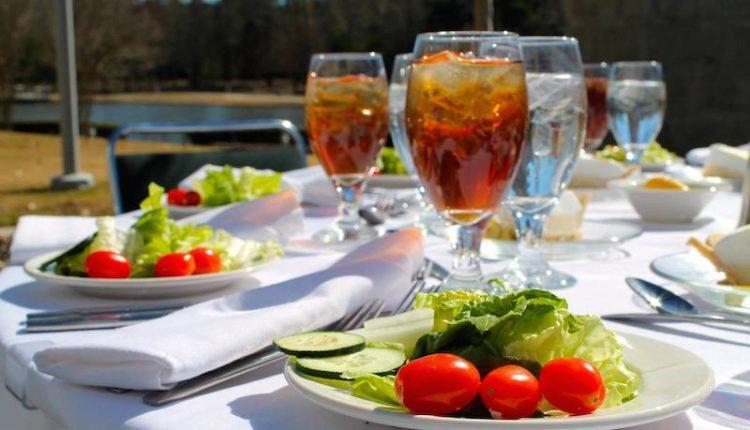 Share
The impact of lockdown on economic activities in the three states of Ogun, Lagos, and FCT, that cumulatively account for half of the nation’s economy, in the wake of covid-19 outbreak would earn Nigeria a negative second quarter GDP growth, further worsening the country’s economy that is still struggling to recover from the 2016 economic contraction.
With few day to the end of second quarter, possible outliers are telecoms which is expected to return a positive growth on the back of surge in data demand during the period, In the first quarter, Telecommunications & Information Services under Information and Communication sector grew by 9.71percent from 10.26percent in Q4 2019 and 12.18percent in Q1 2019.
The Food and beverage segment was slightly impacted during the lockdown due to disruption in supply chain, however, panic buying by consumers and front loading by retailers could earn the sector a positive growth. In Q1 Food, Beverage and Tobacco sector grew by 1.10percent in Q1 2020 from 2.69percent in Q4 2019 and 1.76percent in Q1 2019.
Agriculture which was also slightly impacted by the lockdown, however most of the farming activities are still largely subsistence. The sector in the first quarter of 2020 grew by 2.20percent (year-on-year) in real terms, a decrease of –0.97% points compared to the corresponding period of 2019, and –0.11% points from the preceding quarter which recorded a growth rate of 2.31%. The sector contributed 21.96% to overall GDP in real terms in Q1 2020, slightly higher than the contribution in the first quarter of 2019 but lower than the fourth quarter of 2019 which stood at 21.89% and 26.09% respectively.
“40 or more sectors (out of the 46 economic activities that make up Nigeria’s economy) will have significant challenges in the second quarter and that is what the early numbers are showing,” said Yemi Kale, statistician general of the federation, speaking during BusinessDay National conversation Mapping Nigeria’s response to COVID-19 held recently. Kale however didn’t give the exact growth data. “I am expecting a very difficult second quarter,” he added.
Kale noted that further breakdown of seven economic activities that account for 70percent of the GDP during the second quarter mirrors the danger that lies ahead for the economy.
Kale however believes positive numbers from leading economies like the US retail data have renewed hope that the global economy might see a V-shaped recovery after all. However, for Nigeria a V-shape recession is unlikely based on the structure of the economy and historic data on previous recessions. He predicted a U-shaped recovery phase with a long contraction period.
A V-shaped recovery happens when an economy suffers a sharp but brief period of economic decline with a clearly defined trough, followed by a strong recovery. While a U-shaped recovery has a long period between decline and recovery. In a U-shaped recession, it takes many months, if not years, for the economy to fully recover.
The COVID-19 outbreak has in the last few months battered global markets, exacerbating global growth. Against the exponential growth of both infection and death rate, countries implemented lockdown in a bid to halt the spread, ensure that the healthcare systems could cope with the growing number of infected people, while also rolling out massive testing and contact tracing. The consequences of lockdown instituted by the respective governments have included widespread job losses, supply chain breakdown, and economic disruptions.
Although Nigeria recorded its first COVID-19 case on 27th February, the impact of the ravaging virus in other markets and plunging oil prices slowed down growth in the first quarter.
Figures for the first three months of the year showed real GDP growth slowed to a 2-year low at 1.87percent from 2.55percent year-on-year in Q4-2019 and 2.10percent year-on-year in Q1-2019. The acceleration was driven by the continued expansion in the oil, agriculture, information & communication, financial sectors. Oil contributes less than 10percent to Nigeria’s GDP, but accounts for half of the government’s income and about 90 percent of Nigeria’s foreign exchange earnings.
Bretton Woods Institutions such as the International Monetary Fund (IMF) projected that Nigeria is heading to a recession, its worst recession in three decades, as it expects the nation’s economy to recede by 3.4% in 2020, while the sub-Saharan Africa will contract by -1.6% in 2020, but will have a growth of 4.1% in 2021. The World Bank also forecast growth for the Sub-Saharan Africa region to decline from 2.4% in 2019 to between -2.1% to -5.1% in 2020.
The monetary policy committee of the Central Bank at its last monetary policy predicted that Nigeria’s economy would avoid a recession by the third quarter on the back of various interventions taken by both monetary and fiscal authorities to mitigate the double whammy impact of the COVID-19 pandemic and oil price shock.
An economy is declared to be in recession after two consecutive quarters of negative economic growth as measured by the country’s gross domestic product.
According to the apex bank, under its N100 billion Healthcare Sector Intervention Fund, it has approved and disbursed a total of N10.15 billion for some projects for the establishment of advanced diagnostic and health centers and the expansion of some pharmaceutical plants for essential drugs and intravenous fluids.
Share FacebookTwitterLinkedinWhatsAppEmail