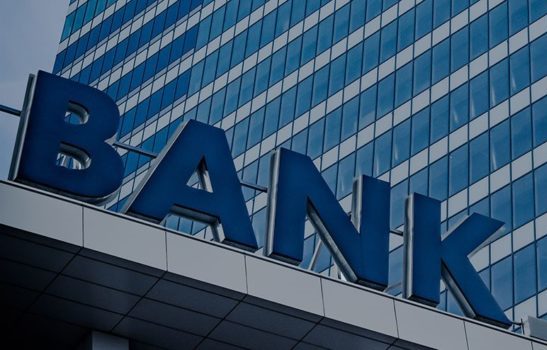 In the last seven years, Nigerian largest banks have raked in a total profit of N4.27 trillion despite turbulence period of macroeconomic uncertainties and harsh regulatory environment.

The charts shows companies posted a combined profit of N909.10 billion in 2017, the highest in 7 years, when banks parked their money in government bonds and securities. The introduction of a new foreign exchange policy in June of that year helped lift the country out of recession ease the flow of foreign exchange in the system.

Nigeria devalued its currency in 2014 due to a sharp drop in crude oil price that rattled oil producing countries across the world, but the policy was a boon to lenders as they made money from gains in foreign exchange revaluation. Of course, a weak currency bolsters dollar denominated assets in the balance sheet.

Interestingly, the gaps between the haves and have nots is widening as the rich are getting richer, and the poor, poorer.

On the other hand, the combined net come of small and midsized banks was N175.30 billion as at December 2019, which is 13.90 percent of the total industry figure.

The small players do not have the capital buffers like the big five because they are still grappling with deteriorating asset quality as they were more vulnerable to the economic downturn of 2016.

A slew of stringent policies by policy makers have been squeezing lenders since the start of last year, further casting a pall on future earnings growth. There are concerns by experts that these laws could balloon bad debts, a remainder of the dark days of 2016.

The slew of 2019-2020 regulations that: 1) have forced the banks to achieve a higher loan-to-deposit ratio, 2) pushed local private and institutional investors out of the OMO market, and 3) hiked the cash reserve ratio (CRR) to 27.5 percent , have enabled the CBN to raise even more zero-cost funding from the banks.

“We conclude that the CBN is likely to hold out on FX strategy changes for as long as possible, meaning the chances of further unorthodox policies are high,” said analysts at Renaissance Capital in a research note.

“Thus, the banks are likely to continue to bear the cost of macro stability. This has strategic implications for how the banks approach the future,” said the analysts.

Currently, the novel coronavirus that has killed 0ver 4,000 people and infected 114,000 is ravaging global economy and undermining oil output. That’s another conundrum for banks the current macroeconomic headwinds could result in deteriorating asset quality if the virus paralyzes business activities.

The currency in Africa’s top oil producing country, which relies on crude sales for 90% of foreign exchange earnings, has come under pressure after oil prices plunged over the weekend following a disagreement between Russia and Saudi Arabia over a deeper production cut. The coronavirus outbreak has also hit global demand for oil.

The stock market dipped into negative territories in intra-day trade Friday after posting early gains that suggested a possible relief for investors in the last trading day of a tumultuous week;

Bonds holders have become jittery over dwindling external reserves and currency volatility, raising concerns about looming devaluation.  Last week, JP Morgan said it expected the naria to be devalued by around 10 percent to N400 per dollar by the end of June.

However, the central said the current fundamentals do not support currency devaluation as it has rolled fiscal and monetary measures to protect the economy from shocks.

Further analysis shows Zenith Bank posted a net income have been growing steadily in the last seven years. For instance, profit was N208.84 billion in 2019, that compares with N91.58 billion recorded in 2013.

Guaranty Trust (GTBank) Bank, the largest lender by market value, followed the same growth trajectory as it posted net income of N196.84 billion in December 2018, which compares with N90.02 billion the previous year.