Jaiz Bank is the most profitable Islamic lender in West Africa

The rapidity of Jaiz Bank Plc’s earnings growth in last four five years is unprecedented, making it one of the largest Non Interest Banks in West Africa.

Jaiz Bank has proven that with the right mind-set, a business can thrive regardless of the environment it operates in, and running a non interest bank requires the deployment of both human and capital resources.

It has grow its grown its branch network from 3 branches in 2012- when it began full operations as the first Non-Interest Bank-  to 30 branches, spread across the country. 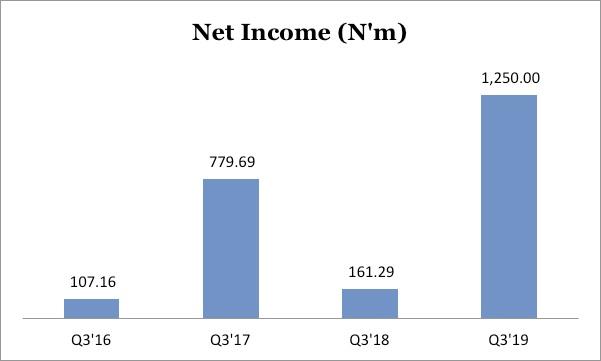 Its balance sheet has grown from N12 billion in 2012 to about N151 billion, with asset financing of over N30 billion, which means it has the financial strength to weather the macroeconomic headwinds.

Jaiz Bank aggressive expansion has yielded fruit as its customer base has grown to over 230, 000, cutting across all strata of the society.

It is also making an inroad into the economy of Africa’s largest city, Lagos.The non interest lender has opened new branches on Ikoyi, Marina, Apapa, and Ikeja, while it plans to stamp its footprint across the country.

Just like conventional Banks, Jaiz Bank takes deposits that are for tenors (which are not demand deposit), and uses this money to finance businesses, a strategy that adds impetus to Small and Medium Scale Enterprise (SME). 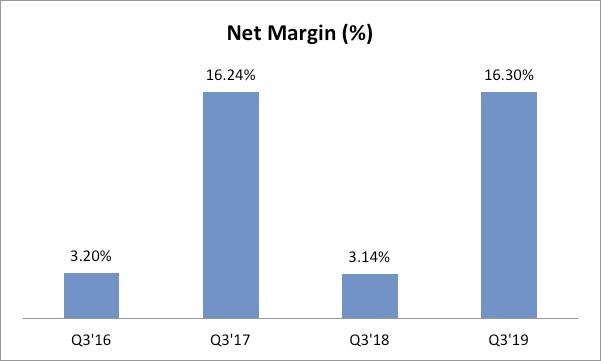 The Bank converts part of the deposit to equity, as it trades with customers’ money and shares the profit with them, a modi operandi that defers from conventional banking.

“We finance projects and needs of our customers based on lease contract with the customers for rentals to be paid …. we sometimes do sharing contract, which means we give capital to customers to trade, and then we share the profit,” said Hassan Usman, Managing Director  of Jaiz Bank.

Jaiz Bank faced some daunting challenges when it started operations a few years ago. It did not benefit from treasury management provided by the regulator.

Unlike conventional banks that can pack their money in government securities to generate a higher return, Islamic lenders are not allowed partake in such transactions. They have to generate different produce provided by either the central bank or debt management office. 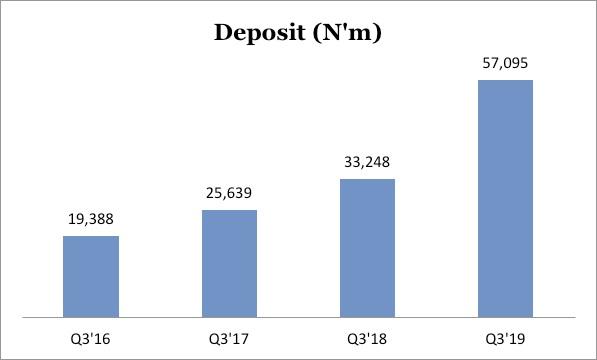 It successfully translated impressive revenue performance into profit growth as net profit margin increased to 16.30 percent in September 2019, from 3.20 percent in 2016.

To spur lending to small businesses and reduce poverty, Jaiz Bank has secured a N3 billion credit facility from the Bank of Industry (BoI).

The BoI Executive Director, SMEs, Shekarau Omar, expressed confidence at the ability of the non-interest bank to effectively disburse the funds to target groups.

In 2017, shareholders of Jaiz Bank had increased the bank’s authorised share capital from N15 billion to N25 billion, further adding impetus to its capital positions.

It has been part of the process of ensuring financial inclusion through agency banking and also the use of technology to reach the unbanked, while using its e-banking platforms to bring banking service close to the people.

According to a 2018 survey by EFINA Access to Financial Services, 36.8 percent of the adult population in the country are financially excluded.

This translates to a population of 36.6 million adult Nigerians who are excluded at the moment, with 44.1 percent male and 55.9 percent female.

It also disclosed that the country had a total adult population of 99.6 million, with 39.8 percent as the banked population which translates to 39.7 million.

The business potential for a Non-Interest Bank in Nigeria is enormous as such an institution has long been awaited by a population of over 93 million Nigerians Muslims representing over 50 percent of the country’s population of about 183 million. 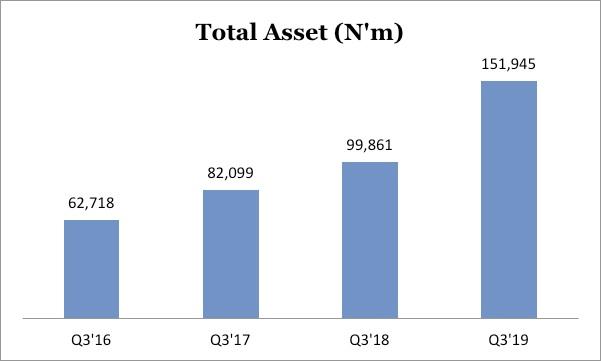 Jaiz Bank’s strategic business focus is mainly on retail banking, having due regard to a report published by KPMG in 2006 which estimated the market for retail banking in Nigeria at $30 Billion.

Next year, Jaiz Bank will be paying its 26,000 shareholders spread over the six geo-political zones of Nigeria their first ever dividend, rewarding its owners for investing in the business.

Chairman, Jaiz Bank, Umaru Mutallab, said the bank would work assiduously in the 2019 financial period to meet those regulatory requirements for dividend payment.

He said, “The board had tried to recommend the payment of dividend for the reporting period but the feedback from regulators meant it was not possible until we improve upon some specific performance benchmarks such as our capital buffers and reduction in non-performing risk assets.

“This year, we are working assiduously towards ensuring that the bank meets all those regulatory requirements for dividend payment in order to meet our aspirations of dividend payout to shareholders.”

The Bank was created out of the former Jaiz International Plc which was set up in 2003/2004 as a Special Purpose Vehicle (SPV) to establish Nigeria’s first full-fledged Non-Interest Bank.

It obtained a Regional Operating Licence to operate as a Non-Interest Bank from the Central Bank of Nigeria on the 11th of November 2011 and began full operations as the first Non-Interest Bank in Nigeria on the 6th of January, 2012 with 3 branches located in Abuja FCT, Kaduna and Kano. The Regional Licence allowed the Bank to operate geographically in a third of the country.

Also, based on recommendations from Islamic Development Bank (IDB), which is also a shareholder of the bank, Jaiz Bank PLC had partnered with Islamic Bank of Bangladesh (IBBL) for Technical and Management Assistance.

Non-Interest Banking is a profitable growing global phenomenon practiced in nearly 70 countries across the world including the United Kingdom, Canada, the United States of America, the United Arab Emirate, Malaysia, China, Singapore, South Africa, Kenya etc. Global Banks like HSBC, Citibank, Barclays Bank etc. are also offering non-interest banking products and service.It is an alternative financial service offering which is open to all irrespective of race or religion. It is based on the ethical principles of fairness, transparency and objectivity.

Non-Interest Banking offers almost all the services of conventional banks. The difference is that non-interest Islamic Banks do not give or receive interest, nor finance anything that is harmful to society like alcohol, tobacco, gambling etc. They also seek to avoid gharar- speculation, uncertainty deception and more.

Currently, about 50 percent of Nigeria’s total population of 183 million are craving for such Non-Interest banking services. These people are desirous of ethical banking services which provide for socially responsible investment outlets. In a nutshell, Non-Interest Banking is real-economy oriented and profit and loss sharing arrangement where the mode of financing is mostly on mark-up, leasing and partnership basis.