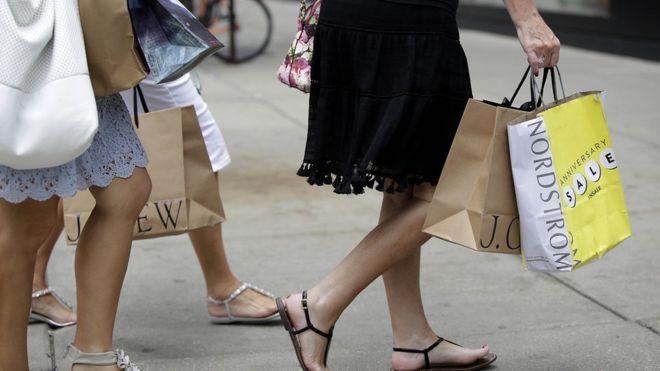 As a result of a result of weak discretionary consumer spending, rising inflation, and a slow growing economy, consumer goods firms are struggling to produce and sell their products as gross profit margin deteriorates.

The average gross profit margin of the 10 largest companies quoted the bourse fell to 20.84 percent in December 2019 as against 32.67 percent the previous year.

This means after deduction total production costs from revenue, they have little left to cover operating expenses, finance cost and exceptionally items.

Gross profit margin is a profitability ratio that calculates the percentage of sales that exceed the cost of goods sold. In other words, it measures how efficiently a company uses its materials and labor to produce and sell products profitably.

Nascon Allied Nigeria Industries isn’t earning enough Naira on sales as gross profit margin fell to 21.34 percent in the period under review as against 30.19 percent the previous year.

The brewers, the hardest hit from an economic lethargy, suffered the most deterioration in margins.

However, Nestle Nigeria and Vitafoam bucked the trend as gross margins increase by 10.71 percent and 45.11 percent in December 2019 from 3.08 percent and 47.78 percent respectively.

Lack of transformation policy on the part of government has continued to stifle growth of consumer good firms as a border closure by government hindered a lot companies from shipping their products to neighbouring African countries.

The menacing gridlock at the Apapa Ports means trucks are trapped at terminals for an indeterminate period of time, which disrupts production and results in huge cost.

Inflation in Nigeria quickened to a 21-month high of 12.30 percent in January as food shortages caused by border closures continued to drive up the price of staples

Over 50 percent to Nigerians live on less than $1.98 a day, while unemployment rate is at an all-time high of 23 percent.

Consumer goods firms may struggle to maintain margins as a precipitous drop in crude oil price due to the coronavirus and disagreement between OPEC and its allies over price are expected to stock inflation and result in high cost of production.

That compounds the woes of an industry grappling with slower sales and poor valuations. Analysts from sundry investment houses have advised clients to dump shares.

Unilever and International Breweries recorded losses as they capitulated to rising costs and spiralling debt that eroded shareholders value.

Analysts say the devaluation of the currency on the back of continued depletion of the external reserve will erode the purchasing power of consumer and hurt the revenues or output of companies.

There is definitely a risk if the central bank fails to hold the currency the way they did the last time.

“A base devaluation will make people poorer and companies will bear the brunt as they are finding it difficult to pass on high input cost inform of higher prices to consumers,” Onyeka Ifeoma, equity research analyst at Vetiva Capital Management Limited.

Onyeka added that high cost of raw materials in the case of a deviation could result in cost push inflation.

Coronavirus: Why many are still at risk amid hand-washing practice