We’re not stopping our services to ports in Lagos, says Maersk, Safmarine 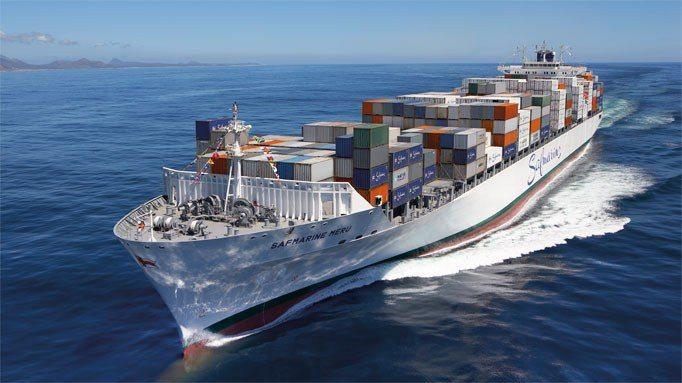 Contrary to media reports that world’s largest container carrier, Maersk Line and its sister company, Safmarine would be stopping their services to ports in Lagos both companies have denied the reports.

According to Customer Advisory note issued separately last week, both shipping lines said calls to Lagos ports will continue across their global network despite challenges facing operations at the ports in Lagos.

“The West African market continues to be dynamic and market demand fluctuates significantly from quarter to quarter. Currently, we are experiencing severe delays in Lagos due to highly utilised terminal yards, crane break-downs and long truck queues. We continue to work proactively with all our terminal partners across West Africa and specifically with the Nigerian Ports Authority (NPA) to assist where possible in mitigating the congestion currently being experienced in Lagos,” the Customer Advisory notes issued separately by both companies, stated.

One of the notes further pointed out that Maersk has adjusted its various services across Far East to West Africa network in order to deliver a stable and reliable product to customers.

The service rotations within West Africa before returning to the Far East were listed as follow:  “FEW1 will serve Cotonou, Abidjan, Tin-Can and Lome; FEW2 will serve Walvis Bay, Apapa, Tema, Apapa and Pointe Noire and FEW3 will serve Tema, Lome, Cotonou, Onne and Walvis Bay.”

Maersk however explained that changes to its service rotation were to ensure it continues to call at all West African ports while ensuring that it limits the impact of delays on customers’ cargo.

“Additional to the above, we will continue to call in Lagos with our Middle East product (MESAWA) and our Europe service (WAF6),” Maersk stated further. It also said it would continue to monitor the situation and will communicate any future changes to its vessel schedules, ‘as is the norm across our global network’.

Maersk is the world’s largest container shipping company by both fleet size and cargo capacity, serving 116 countries. It has more than 31,000 employees. Maersk operates over 786 vessels and has capacity of 4.1 million while Safmarine is present in more than 85 countries and has more than 1200 sailors selling its services.