…as maritime workers mobilise for strike 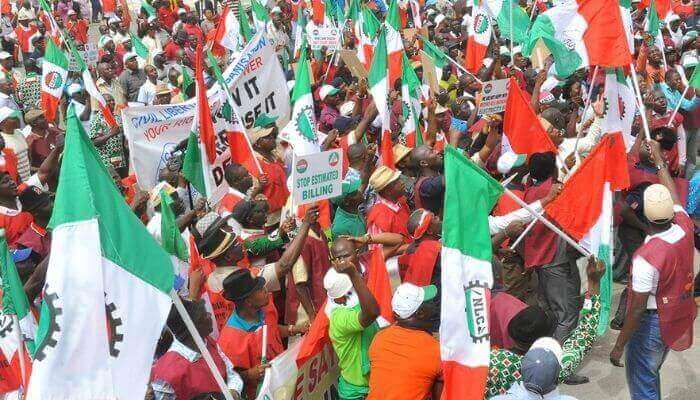 Nigeria’s economy risks losing billions of naira, as workers in the maritime sector begin mobilisation to shut down port operations across the country, as the two-week notice they issued to this effect expires on Thursday, March 10, 2022.

Ahead of the planned strike, the Nigeria Labour Congress (NLC) has wadded in, writing a letter to Chibuike Amaechi, minister of transportation, wherein it intimated the federal government of the industrial action which it warned would ground the maritime sector.

The sector plays a critical role in stabilising the nation’s economy, accounting for a larger percentage of export and import activities, in addition to generating huge revenues into the federal government’s coffer through the NPA, Customs, NIMASA and other relevant agencies.

The planned strike, according to Adewale Adeyanju, president, Maritime Workers Union of Nigeria (MWUN), is to protest the refusal of International Oil Companies (IOCs), to engage Nigerian dockworkers through registered stevedoring companies, as required by the law.

In a letter dated March 3, 2022, Ayuba Wabba, president of the NLC, informed the minister that MWUN, one of its affiliate unions, has been on a running battle with the IOCs over their (IOCs) refusal to comply with Marine Notice 106. Wabba said the Maritime Notice 106 mandates the IOCs and others to allow the stevedoring companies and registered dockworkers access to their platforms for operations as required by law.

“We write to seek the firm intervention of the minister to prevent the shutdown of all maritime operations in Nigeria any moment from now as the union is poised to take action at the expiration of the two weeks’ timeline.

Any action undertaken by our affiliate union — Maritime Workers Union of Nigeria – at the expiration of the two weeks ultimatum will receive the full backing and solidarity support from the Nigeria Labour Congress,” Wabba said in the letter.

The maritime workers union is accusing the IOC’s of breaching Nigeria’s laws, especially the Nigerian Maritime Administration and Safety Agency, (NlMASA), Act, 2007, a Government Marine Notice No. 106, 2014 issued to stakeholders in the sector.

The Government Marine Notice 106 mandates all companies and persons engaged in stevedoring work, including dock labour employer and private operators of any work location, including ports, jetties, onshore or offshore oil and gas or bonded terminals, inland container depots (lCDs), off-dock terminal, dry ports and platforms to engage stevedoring workers and companies to carry out operations on their platforms and premises.

The NLC argued that the “Government Marine Notice 106 is also in tandem with Article 3 (2) of International Labour Organization (ILO,) Dock work Convention 137 which Nigeria ratified on March 22, 2004.

“Unfortunately, while other operators in the sector have allowed registered stevedoring companies and dock workers access to their platforms and premises in compliance with Marine Notice 106, the IOCs have been in willful disobedience to the directives contained in Government Marine Notice 106,” the NLC said.

NPA to submit new concession agreement for approval on October 4