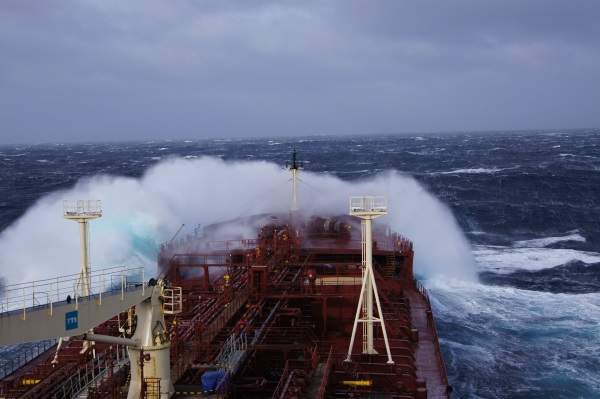 Kelvin Godspower (not real name) is a 38-year old seafarer, who works onboard a Nigerian owned vessel that trades within the nation’s territorial waters.

Godspower, who hails from one of the states in the Niger-Delta region, left home early March 2020 over 50 days back, for a voyage that was originally scheduled to last for 35 days.

Based on the initial plan in the contract he signed with the shipping company, Godspower was supposed to return to his pregnant wife by mid April, because his wife was due to put bed by end of April. Sadly, he was still at sea when his first child came into this world.

“I was supposed to come ashore in mid April after 35 days at sea because my pregnant wife expected delivery date (EDD) was end of April 2020, but when the Federal Government of Nigeria announced the lockdown of Lagos, Ogun and Federal Capital Territory, Abuja, which started March 30th 2020, to contain the spread of Coronavirus (Covid-19) pandemic, I knew that my days at sea would be extended, but I didn’t envisage that I would not be able to build a memory of the day my son was born,” Godspower told BDSUNDAY.

According to him, this has been one of the painful aspects of the movement restrictions that come with the lockdown especially as a result of not being able to come ashore or travel from one state to another for seamen that disembark from a vessel.

“My son is over three weeks old now but I have not been able to set my eyes on him. I only talk to my wife on phone once in a while because most times it becomes very difficult to communicate with one’s family while at sea,” he said.

Godspower, who expressed fear that he may be forced to stay at sea for quite a long time, said that under normal circumstances, seafarers such as himself usually come home to their families after 21 or 30 days at sea, but currently it has become very difficult for ship owners to make crew change by bringing fresh seamen to take over from the ones onboard vessels.

BDSUNDAY search shows that as these seamen render their unreserved patriotic services for the good of the nation’s economy, many of them have indirectly lost their right to normal or family life. This was due to the fact that many have been trapped onboard vessels and offshore oil platforms due to the difficulty in changing onboard crew as a result of the outbreak of coronavirus pandemic.

Presently, seafarers cannot move freely within the shores of any country where they are trading due to the outbreak of Covid-19 pandemic. This prolonged stay of the seafarers’ onboard vessels has led to fatigue, increased frustration, as well as reported cases of violent behaviours.

This was after the International Maritime Organisation (IMO) and International Labour Organisation (ILO) have called on government to make exemption for seamen at this period of Covid-19 especially those of them that want to go ashore to be able to leave the vessels and reunite with their families.

For the case of Winifred Essien, a seafarer onboard an oil rig in one of oil fields in Rivers State, the story is not entirely different from what Godspower is experiencing because after being quarantined for 14 days in line with the laid down rule by Nigerian Centre for Disease Control (NCDC), he still has not been able to come home to his family.

“I came ashore in mid April after spending like 30 days at sea but I have not been able to go to Lagos to see my family. We were quarantined in Port Harcourt for 14 days after coming ashore but when I was discharged after testing negative for Covid-19, I have been spending money to pay for a hotel because of the interstate lockdown that prevent people from traveling,” said the father of two.

Just like the frontline healthcare workers that are presently in hospitals across the globe fighting the dreaded Covid-19 pandemic head-on to save lives, there are also seamen onboard oceangoing vessels whose responsibilities are to ensure that the world trade remains uninterrupted despite the lockdown in states.

Pundits believed that seafarers are the engine that propels the vehicle of international trade judging by their contributions to the world economy.

These seamen ensure that countries on regular basis have the needed essential supplies such as medical equipment, personal protective equipment (PPEs), and they also ensure that foods are moved from the countries of production to countries where they are needed.

BDSUNDAY check reveals that countries of the world including Nigeria made the decision to allow uninterrupted international trade despite shutting down of economy to contain the spread of the virus.

In Nigeria, for instance, Federal Government made a policy that ensured that the port remains open for business and this policy is being implemented by the agencies of government saddled with such responsibilities as well as the Presidential Taskforce on COVID-19 that also ensures that goods are circulated in-country amid the interstate lockdown.

With the implementation of this policy, government has created an important supply chain for all the services and goods needed to fight the pandemic head-on.

Given insight into the challenges faced by Nigerian seafarers especially at a time of COVID-19, Kunle Folarin, chairman, the National Seafarers Welfare Board (NSWB), pointed out that lack of crew changing and travel restrictions associated with the COVID-19 lockdown, were the greatest problems facing seafarers.

According to him, the closure of airports for close to two months now, have made it difficult for ship owners to disembark seafarers, or for an intending seafarer to join a vessel in any Nigerian port particularly as commercial airlines are not in operation.

Folarin, who spoke recently on a topic tagged, ‘Covid-19: Addressing the Challenges and Fears of Nigerian Seafarers,’ on Maritime Television show tagged Live Conversations, said this has become a source of concern for the Welfare Board.

“We are working with some manning agents to help in this regard because when a seafarer disembarks from a vessel, he or she needs to be repatriated to join another vessel or go to his home state. To do this, a seafarer needs to come through an airport to join a vessel but the closure of land borders and airports have made exchange of crew very difficult at the moment,” Folarin stated.

Explaining further, Folarin said that Port Health is the first government agency that boards a vessel at the port, but they work with Nigerian Immigration, which has also stopped issuing Shore Passes to seafarers, with the intention to protect the seamen from coming ashore to get infected by the virus or the other way round.

On his part, Francis Bunu, a frontline seafarer and president of Seafarers Branch of Maritime Workers Union of Nigeria, who identified inability of seafarers to travel to their home states after coming ashore as the major problem facing seafarers at this period of Covid-19, said that the union has sent an appeal to the federal government to classify seafarers as essential duty workers, as stated by international bodies such as ILO and IMO.

“If a seafarer is signing off in Lagos today and he is going to Warri, how would he get there? There is no way because the roads are blocked, they are even safer onboard vessels than we that are ashore,” Bunu stated.

He however gave assurance that any moment from now, the Nigerian Maritime Administration and Safety Agency (NIMASA), would release a Marine Notice to address the challenge.

“The union has written letters to the presidency, NIMASA and other parastatals on effecting crew change for seafarers and to classify them as essential service providers. NIMASA said they are waiting for the President to give the approval to that effect,” he said.

According to him, shipping companies have also started to quarantine seafarers at various hotels for possible crew change, adding that such can only be effective if the President gives approval that would allow seafarers to travel interstate after they come ashore.

Bunu urged all seafarers onboard to remain calm, saying that they are even safer onboard than some of the crew already ashore.

Meanwhile, Folarin further stated that “Whenever a seafarer wants to go ashore, the Nigerian Immigration Services and Port Health Services must be contacted for approval but with the situation, it became impossible to go ashore. Seafarers need regular communication with their families, manning agents, regulatory agencies and employers that is the ship owner as the case may be. Therefore, the board has been able to link-up ships and ensure that all the concerns of seamen are dealt with by the responsible authorities.”

He said that the Welfare Board has also created offices in Apapa and Tin-Can Island where seafarers can get response to their immediate concern without going out of the port. “We have created help lines for seafarers’ onboard vessels that might need any assistance. The board has 24/7 social worker and psychologist that are dedicated to handling issues concerning seafarers and their mental health respectively, because it is not easy to be at sea for 45 days without going ashore.”

On the families of these seamen, Folarin stated that the board is working with manning agents to ensure that some of the monies seafarers earn while at sea get to their families to cater for the home needs.

Where employers attempt to short-change seafarers, he urged victims of such ill treatment to log complaints with regulatory bodies that would ensure that such matters are dealt with decisively.

He explained that seafarers have a right to escalate such issues even to the International Labour Organisation (ILO) when they are not handled properly, adding that a seafarer can file a complaint to local or international agencies in a situation where the employer fails to pay the seamen.

He urged agencies like NIMASA to ensure that the protocols on Port State and Flag State Control are obeyed, adding that ambulances should be positioned in the port if there is any need to evacuate any seafarers to get medical help.