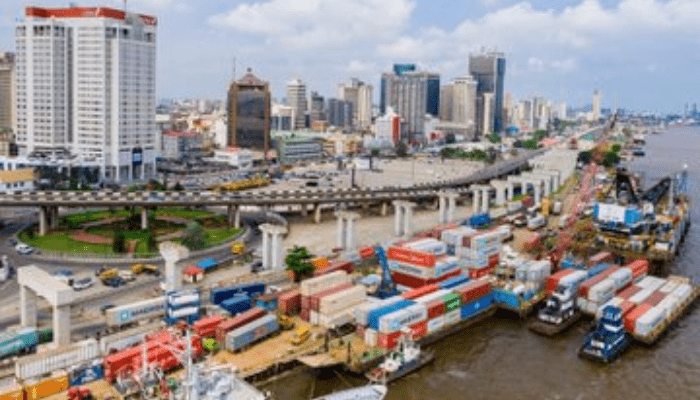 The Federal and Lagos State Governments on Tuesday ordered the immediate stoppage of barge operations and other related activities along the Lagos Marina coastline.

The action is aimed at regaining the lost beauty and serenity of the coastline which, in the past, attracted visitors from within and outside the country.

The state governor, Babajide Sanwo-Olu, and minister of transportation, Rotimi Amaechi, gave the stop-work order during a joint inspection tour around the Marina coastline, yesterday.

The governor and minister were bewildered, seeing the long row of trucks and containers that have constituted health and security hazards on the Marina. The duo decried the level of devastation of the coastline, describing it as ‘shocking’ and ‘unacceptable’.

The minister spoke of an urgent need to sanitise the entire Marina coastline and restore its tranquillity and beauty. He ordered that trucks must immediately stop going to Marina to load.

Amechi said the National Inland Waterways Authority (NIWA) did not grant anyone permission to carry out barging operations, insisting that all such activities must stop immediately.

Sanwo-Olu, on his part, directed the Commissioner of Police to arrest and prosecute anyone who flouts the order to stop the unauthorised activities along the Marina coastline.

He said the state government would do everything to bring sanity to the coastline.

“We are also talking to the Federal Ministry of Works and Housing because we understand that some of the approvals were from that ministry. So, we are also taking up that responsibility and we would do what we need do,” the governor said.

Also at the inspection were the managing directors of NPA, Hadiza Bala Usman, representatives of NIWA, Lagos State ministries of works and waterfront, as well as the police.

Let’s not get it twisted: Fertility and Virility are different